Articles
Upper Class Baby Names
Finding Baby Names to Match Your Surname
You Can’t Call it That: What the Law Says About Naming Baby
What Happens if You Don’t Register Your Baby’s Name?
Choosing Between Two Baby Names

Most Commented Articles
What Do You Think of These Names for Twin Girls?
Girls Names Which Rose in Popularity in 2012
Is Cressida a Girl Name or a Car Name?
Why Your Child Will Hate Their Name
Underused Names for Girls

Top Clicks (you most likely leave my site to go to ….)
The Herald Sun
The Australian
Nameberry
Twitter
The Sydney Morning Herald

Thank you to all my readers, subscribers, followers, and commenters for five years of enjoyable blogging! And have a happy Valentine’s Day!

Fellow Australian name blogger Brooke Cussans from Baby Name Pondering welcomed her son on October 30 last year. Born five and a half weeks premature, he weighed just 1.6 kg (3lb 8oz), and his size made Brooke hesitate in giving him the name they had chosen. However, her husband had no such reservations, and so their baby boy is

Brooke says that Atlas may be small, but he is strong and healthy, and she is glad she stuck with the chosen name.

Brooke dropped a hint that she was planning to use a boy’s name that she had featured on her blog, and after reading through the most recent names, I had a feeling she was going to choose Atlas – from the way she wrote about it, it sounded like a name under serious consideration.

Brooke will let us know in time how she and her husband came to choose their son’s names, and as Atlas was born just before Halloween, I can’t help wondering if Bram is a nod to Bram Stoker, the author of Dracula. Brooke has a special connection to Halloween and horror, which makes me think Atlas wasn’t born too early, but at exactly the right time.

Congratulations to Brooke and her husband on the birth of Atlas! We couldn’t be happier for them that their baby dreams have come true at last, and Atlas Bram is not just a strong and handsome name, but an incredibly stylish and cool one as well. 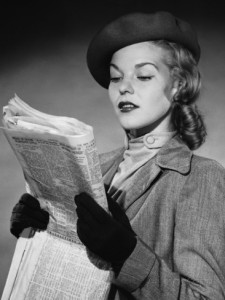 I’ve been publishing the Birth Announcements category every Friday for almost three years now, and by now I’ve received quite a few questions about them. Here’s the answers to them, plus the answers to questions you haven’t asked, but you might have wondered.

Why do you publish the Birth Announcements?
I read birth notices for my own interest every week, and have done so for several years. Like any collector, I felt like sharing my finds.

What benefits do you imagine other people would receive from reading the Birth Announcements?
Australia doesn’t have much name data past the Top 100, so it’s a way to show the variety of baby names being used by real people, right now. And there’s no data on middle names at all. People might also see names, or name combinations, they admire and consider using themselves. Or they might just be interested generally.

Where do you get the names from?
The bulk of them are from birth notices in newspapers – I read 22 different newspapers for the birth notices, many of them from regional areas. Brooke from Baby Name Pondering contributes names from the Herald Sun, so that’s 23 papers. I also scan hospital announcements – many newspapers publish photographs of babies born in their local hospital that week or month. There’s also baby competitions, such as Bonds Baby Search, stories about new babies in newspapers and magazines, parenting and photography blogs, and even a few babies that readers have seen in real life.

How do you choose the names – do you just pick your favourite names each week?
No, I definitely don’t just pick names that I really like; that would be very boring and repetitive (not to mention a fairly short list). I try to get a good variety of names, and although there’s no set way of choosing names, I generally look out for:

* unusual, rare, and unique names (especially ones that are new to me)
* daring and darling middle names
* popular names matched with eye-catching middles
* names I have featured on the blog (especially the more unusual ones, to show people do use them)
* interesting and appealing twin sets and multiples
* sibsets that seem well-matched, or strangely-matched
* intriguing sibling names (if a name seems ho-hum, check its brother or sister …)
* names from a diversity of cultures (even if that isn’t always obvious from the name)
* unisex names for both genders
* names that aren’t popular, but are on trend
* hip and fashionable names
* names that show up again and again, as a heads-up how well-used they are
* names that are particularly Australian, especially patriotic ones
* names that somehow seem very typical of their time and place
* name combinations that I think will be crowd-pleasers and appeal to other people
* potentially controversial names that I think will get a strong reaction from other people
* and yes – my own personal favourites!

How do you choose the headline names?
I generally look for two names which seem to go together in some way, usually that are in a similar style (like Odette and Raphaelle), or have a connecting theme (like Elvis and Memphis). Names which can easily be matched with a picture are favourites of mine, hence the amount of vocabulary names like Rose, River, Robin, and Rain.

How do you choose the profile pictures?
It’s varied over time. At the moment, I try to find a picture suggested by the headline names in some way, and if that isn’t possible, I might choose one related to the season (like a snowman for winter), or look for ones of children and young people that somehow remind me of the names. For example, last Friday the names were Brinley and Saige, who I could imagine as surfers.

Is it hard to find enough interesting names each week?
No, I usually have too many names, and have to hold some over for the following week. It can be hard to find an equal number of boy and girl names – some weeks it feels as if all the boys have really cool names, and all the girls are named Charlotte Anne and Emily Louise, and then the next week it will be the girls with exciting names, and the boys all called William Thomas and Lachlan James. But I figure that helps give a chance for the more “normal” names to shine.

Any other difficulties?
It can be hard to make sure the names that week aren’t too much alike. Girls names especially seem to be very similar to each other, so that I will have a Mae, a Maeve, a Maya, a Mia, and a Mila all in one week, not to mention six names with Grace as the middle name. In these cases, I will also hold names over for another week.

Are you getting bored with doing this?
Nope.

Shouldn’t you publish all the names you see in a week, instead of filtering them for us?
Hm, interesting suggestion. To me it seems as if 100+ names will just blend in with one another, but my final Birth Announcement for the year will have all the names from  that week, so you can see what it would look like.

Do you publish any of the names so that people can make fun of them?
Definitely not, and I’d be disappointed if people used them as an opportunity to be mean: these aren’t Hollywood celebrities; they’re basically our friends and neighbours. I deliberately don’t tend to choose names that are often targets of name bullying, such as common names with outrageous spellings (apart from anything else, I don’t find them interesting). Having said that, I can never resist a name or name combination which strikes me as comical; I love them.

I don’t remember publishing my child’s name on the Internet – where did you see it?
I don’t make a note of where I see every name, but I will do my best to track it down for you.

You spelled my child’s name incorrectly!
I am but human. Let me know, and I will edit the post.

I don’t want my child’s name published on your blog
Oh dear. Are you sure? It will make me very sad, but I can remove it.

Are you stalking me, or my children?
No, really I’m not. Look at all the newspapers and blogs I have to read – I don’t have time to stalk individual families for their names. I know it looks suspicious that half the kids from your mother’s group were in one set of announcements, or your daughter’s name was in a set of announcements with your kids’s school as the profile picture for it, or your first child’s name was published 18 months ago, and now I just published your second child’s name as well. It’s just that it’s a small world, and you go to a hip mother’s group, and you live in a small town with not many photo opportunities, and you have great taste so both your kids ended up on the blog. I promise these are all by chance, and not by design.

I saw a fantastic name in the Birth Announcements and used it for my baby!
Yay!

What happens if I see a name or a sibset that I think is the bee’s knees?
Leave a comment to that effect (either on the blog itself, Twitter or Facebook), and eventually they will get voted on so we can see which names everyone likes the most.

Aren’t the name polls just a popularity contest?
Like most things in life, yes. I wouldn’t take it too seriously – we’re not voting on the Nobel Prizes here.

Don’t you think there’s too many names to vote on for most of the polls?
Yes. Next year there will be a monthly poll, which hopefully will make them more manageable. In the beginning, I worried not enough people would nominate names, but due to Sarah’s example at For Real Baby Names, I’m now confident enough to nominate names myself if nobody else bothers.

(Photo shows the full moon over New Norfolk, Tasmania; tonight it is a full moon on Friday 13th!)

Note: Some of these names were contributed by Brooke at Baby Name Pondering, from the Herald Sun.

(Photo shows children playing by the Parramatta River. Parramatta is in Sydney’s west, and was recently named the most liveable suburb in New South Wales)

Thank you to Brooke at Baby Name Pondering, who contributed some of these names from the Herald Sun.

Note: Some of these names are from Bonds Baby Search 2014.

(Picture shows a rainbow over Fairhaven Beach, south of Geelong on Victoria’s Great Ocean Road; photo from the ABC, submitted by Rob Putland)

Rugby league star Braith Anasta, and his wife, actress and model Jodi Jordon, welcomed their first child on March 2, and have named their daughter Aleeia. Aleeia Anasta was born at 10.33 am at the Royal North Shore Hospital in Sydney, weighing 3 kg (6 lb 6 oz) and 49 cm long.

Jodi won a modelling competition at the age of 13, and signed with Vivien’s Modelling Agency. Since 2008 she has been the ambassador for lingerie brand Crystelle. Jodi was on soap opera Home and Away for five years, and won a Logie for Most Popular New Talent in 2006. She received her first film role in 2010, for The Cup, and in 2012 had a role in the crime drama series Underbelly: Badness. She and Braith were married in Bali in 2012.

Thank you to Brooke at Baby Name Pondering, who contributed some of these names from the Herald Sun.

Note: Many of these names are from Bonds Baby Search 2014.

Thank you to Brooke at Baby Name Pondering, who contributed several of these names from the Herald Sun

(Picture shows Rosalind Park in Bendigo, Victoria: quite a few names this week are from Bendigo birth notices)