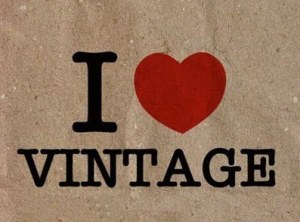 Anya and Tom are expecting their second child in about three or four weeks, and although they have dutifully compiled a little list of names for each gender, they don’t have strong feelings about any of the names, which is making it hard for them to decide.

Anya and Tom would love suggestions of other names that fit their naming style, and their surname begins with E and ends with S eg Eadens. They don’t mind alliterative names, such as Elsie Eadens. They are also looking for middle names.

Congratulations, Anya and Tom – you’re well-prepared, second-time-around parents-to-be who have done all their homework! You’ve drawn up your name lists, you know what you like, yet you are open to thinking of new names. Best of all, you have a positive, relaxed attitude to finding a baby name, and willing to have some fun in the process.

It sounds like you’ve already received some criticism for your name choices, and although I’m sure you handled it diplomatically, you do need to be able to make your decision without being swayed by others (including me!).

Because none of the names you’ve picked seems to have won your heart, I think it’s a good idea to keep looking, but don’t think that a name you don’t “love” should be crossed off. Sometimes we find the perfect name right away, but it takes a while for us to get emotionally attached to it. It’s amazing how many parents will end up going with a name they didn’t warm up to at first.

Even though you only have a few weeks to go, you don’t need to choose the name right now. I’d suggest that you finalise your name lists, and keep all your options open until after the birth. Once your new son or daughter is born, don’t be afraid to follow your heart, because chances are the right name will come to you intuitively if you’re patient and don’t try to force it.

(Middle names: I’ve written a short guide to middle names that might interest you).

It’s interesting you’re looking for a vintage name to match your daughter’s, because your little girl has quite a modern name, in that it’s only become popular quite recently. Because of that, I’d suggest that you might want to go with a classic or retro name that’s already popular or gaining rapidly in popularity.

Elsie and Lily are quite similar in sound to your daughter’s name – Elsie also has a vowel-L-S-vowel pattern, while three of Lily’s letters can be found in I’s name, and they both end in vowels. That makes me wonder if you would like a sister-name match that sounds a lot like your daughter’s? I actually think you and your daughter have quite similar names, so another one like that could make a “family set”. I notice you seem to like girl’s names with a strong L sound in them, so I’ve tried to find names that fit that pattern.

Rose and Belle are both really pretty, feminine names. I think classic Rose is my favourite of your names under consideration – sounds lovely with your surname, makes a good sibling match, and has a nice level of popularity. The Baby Name Wizard actually has Belle listed as a sister for Is**la! The two names together make me think of Belle Isle, a popular place name; they seem to make the phrase beautiful island. If you don’t end up using them, either name could become a middle name.

You seem to have considered quite a few boy’s names that got rejected, although I’m not sure if Albie/Alfie/Archie has been eliminated or is still in the running. Stanley and Jack are both classics, while Reggie is just coming in to fashion as a fresh alternative to Archie. I’m finding it hard to pick a front-runner, as they are all subtly different and have their points to offer.

Stanley has never gone out of use, and yet isn’t popular, although he is on the rise and pretty hip; while Jack and Reggie are laddish, Stanley nn Stan is sturdy and manly. Reggie is cute, and makes quite a daring choice – he seems like he has the potential to become the new Archie. Perennial favourite Jack never goes out of fashion, even though his popularity is currently slipping. I think Jack probably sounds best with your surname and as a brother to your little girl, but as you well know, he will be one of many Jacks (not that there’s anything wrong with that). I might be leaning slightly towards Stanley, but I think any of these names would make a fine choice.

NOTE: The baby’s name was Jack!

11 thoughts on “Can You Suggest Any Vintage Baby Names for This Couple?”