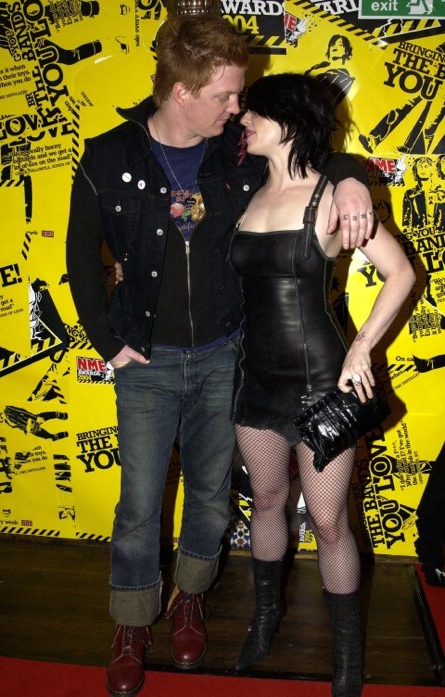 This is yet another celebrity baby from 2011 I didn’t see, so made it a Celebrity Sibset instead.

Brody Dalle is a punk rocker who is originally from Melbourne. Her parents named her Bree, and she picked the unisex name Brody for herself as a teenager. Apparently as a child she was called Breezy Wheezy by her family because she had asthma, which rather ruined the name Bree for her.

She has used the middle names Leslie and Joanna Alice; I’m not sure if either of them are her original middle name/s. She has managed an impressive seven surnames during her life, and it’s unclear what the original surname was. She went by Pucilowski, Mayer and Robinson just as a teenager. Eventually she chose Dalle in reference to Béatrice Dalle, her favourite actress. Béatrice Dalle is best known for the film Betty Blue.

Brody began her career in punk at the age of thirteen, and at sixteen she met Tim Armstrong, the vocalist for punk rock band Rancid at a music festival. They began a relationship, although Tim was more than thirteen years her senior. They married when Brody turned 18, and she moved to Los Angeles with her husband, where she founded the band The Distillers. Brody and Tim divorced six years later.

Josh also has an interesting name – he was named after the town he was born in, Joshua Tree, in the Mojave Desert of California. He pronounces his Norwegian surname to rhyme with Tommy, although the Norwegian pronunciation is to rhyme with puma. He has adopted the pseudonym Carlo von Sexron for some of his work, and his nicknames include King Baby Duck, J. Ho, Joe’s Hoe, and the Ginger Elvis.

Brody and Josh have two children, and as they have enjoyed re-naming themselves so much, it’s interesting to see what names they would choose for their children.

Camille Harley Joan was born in 2006. Camille is named after Josh’s grandmother, and Josh collects motorcycles, which probably explains Harley. Although Joan looks like Brody’s middle name Joanna, it also reminds me of rock queen Joan Jett, who must have had some influence on Dalle herself. However, for all I know it’s another family name.

Orrin Ryder was born in 2011. Rumour has it that just as Camille is named after Josh’s grandma, Orrin is named for his grandfather, but I can’t confirm that. Josh has both his grandmother’s and grandfather’s nicknames tattooed on his knuckles – CAM and CAP – so it does have some symmetry. It’s hard not to connect the name Ryder with Josh’s motorcycle hobby as well.

Being called after a family member seems cosy and non-punk, although being named after Dad’s tattoos and motorbikes gives them a bit more of a rock edge.

I wonder if Camille and Orrin will follow the family tradition of giving new names to themselves, and what names they will choose?