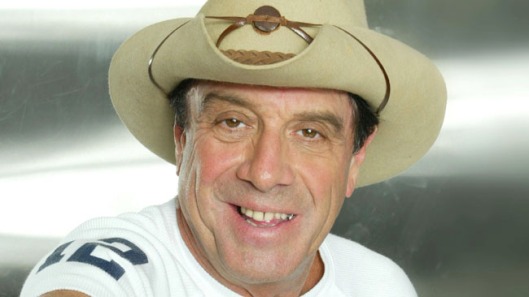 Early in his career, music guru Ian Meldrum was dubbed “Molly” by a DJ who enjoyed giving men female nicknames. Oddly enough, Ian comes from the Mallee district of country Victoria, and his nickname at school had been Malleeroot (a malleeroot is the underground trunk of a mallee tree). He seems to have found the nickname familiar enough to keep, or been too good-natured to reject it.

Shortly before Christmas last year, Australia was shocked to learn that Molly Meldrum had fallen from a ladder while putting up decorations, and been found unconscious. He was taken to Alfred Hospital, where his life hung in the balance. He lay in an induced coma with serious head injuries, a broken shoulder, broken ribs, a punctured lung, and cracked vertebrae.

While Molly lay unconscious in intensive care, there was an outpouring of concern for him – not just from stars like Kylie Minogue, Elton John, Darren Hayes, Russell Morris, Michael Buble, Cher and Madonna, but from thousands of his fans in Australia.

For almost half a century, Molly has been a key figure in the Australian music industry, and for decades, the key figure in the industry. A music journalist, band manager and music producer, he went on to host a seminal and wildly popular music show called Countdown, which a generation grew up watching. He became instantly known for his cowboy hat, rambling discourse, and his catchphrase, “Do yourself a favour”. For viewers, he felt like one of the family – maybe a slightly eccentric uncle whose visits were always fun, if unpredictable.

The wonderful thing about Molly’s career is that he is the epitome of the passionate amateur, who started at the bottom as a roadie, and, being a natural networker, built up a worldwide list of contacts that saw him working at Abbey Road, becoming a media icon, making friends with some of the biggest pop stars in the world, and winning many awards, including an Order of Australia.

As I read through the tributes pouring in on Twitter or to the newspapers, it struck me that he is a person who had touched many people’s lives, and a person with a remarkable talent for engendering love and respect from others. People remembered him from years ago – some of them had only had a single telephone conversation with him, or once sat next to him on a plane, but he had won them over with his unpretentious friendliness. He treated everyone, not just as an equal, but as his best mate.

Others had worked with Molly decades earlier, and recalled with great fondness how kind he had been to them. For someone to charm the rich and famous is no great feat – I’m sure most of us could suck up to celebrities if our careers depended on it. But to consistently show courtesy to everyone, to chat for hours with an elderly lady he would never see again and who had no idea who he was, to be solicitous to people who could not possibly aid his rise to the top – that is something much rarer and more extraordinary.

Molly was moved to a rehabilitation centre just prior to Australia Day, and in March was allowed to go home, while continuing daily rehab as an outpatient. Not long before ANZAC Day, he felt well enough to give his first interview. He appeared hospital-pale, and had the slight slur in his voice common to the brain-injured, but strangely, intensive speech therapy had removed his characteristic umming and aahing in conversation! Thank goodness he still had the hat.

He expressed enormous surprise and gratitude that so many people, friends and strangers alike, had cared for his safety and well-being, and announced that he was giving up drinking. Molly is now convalescing in Thailand, where his partner is from, and hopefully going from strength to strength.

Molly is a pet form of the name Mary which developed from the medieval diminutives Malle and Molle. Molly seems to have existed as an independent name since the 16th century. People often think of it as a very Irish name, because of the folk song Molly Malone, where Molly is a fishmonger from “Dublin’s fair city”. Although Dublin does have a statue of a rather bosomy Molly Malone in honour of this mythical lady, the song seems to have been written in Scotland. Nonetheless, the name Molly is currently more popular in Ireland and Northern Ireland than anywhere else in the British Isles (although not as popular as in Sweden, for some reason).

Molly was in use in the 1900s, although it wasn’t a very common name, and only dropped off the charts completely during the 1960s. The name took off in popularity during the 1990s, and was Top 100 in the early 2000s. It’s currently #53 in New South Wales, and fairly stable.

I can’t help noticing that Molly only became a popular girl’s name once the TV show Countdown had finished, in 1987. Perhaps a weekly reminder that a man could be called Molly was not helpful to the parents of baby girls.

However, if you were going to name your little girl after an elderly gentleman, you really couldn’t find a nicer one than Molly.