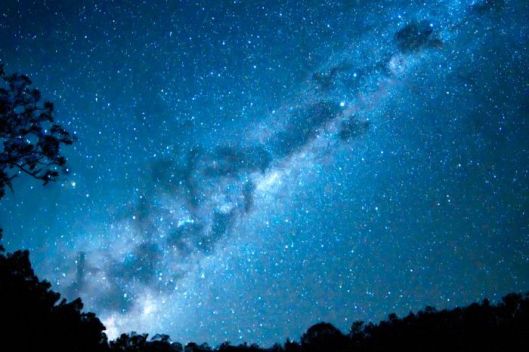 Estelle is a French name. It became known because of Saint Estelle, a legendary 3rd century martyr from Gaul whose father was a Roman nobleman, and her mother descended from a long line of powerful Druids. After converting to Christianity, her own father condemned Estelle to death for her faith, making her another of those young girl saints with less than supportive dads.

The saint’s name was actually Eustelle, from the Greek for “beautifully adorned”. Over time, the spelling of the name seems to have been altered so that it looked as if it was derived from estela, the Occitan word for “star”. (Occitan is a dialect from southern France).

Although Estelle was apparently a popular saint in the Charente region of southern France, the name doesn’t seem to have received much use until the 18th century. In 1788 the French poet Jean-Pierre Claris de Florian published a pastoral romance called Estelle and Némorin, and although critics didn’t exactly give it rave reviews, it seemed to kick-start Estelle as a baby name.

An early namesake was Estelle Duboeuf, later Fornier, who was born in 1797. The Romantic composer Hector Berlioz met Estelle on a summer holiday in the French Alps and instantly became infatuated with her. He was already a fan of Estelle and Némorin, and perhaps there was some connect between the fictional and real Estelles. He was 12 and she was 18, so this wasn’t a relationship which was going anywhere, and Estelle married a lawyer and had six children.

For the rest his life Berlioz considered her to be his muse and called her his Stella montis (Latin for “mountain star”). One of Berlioz’s early compositions was based on a song in Florian’s Estelle and Némorin, full of despair at having to leave his “star” behind. Its melody wound itself into the violins in his Symphonie fantastique, and his longing for Estelle helped inspire his symphony Romeo and Juliet.

Much later in life Berlioz again encountered Madame Fornier, now an elderly widow, and asked her to marry him. She turned him down and never understood his obsession with her, but they remained friends and he left her an annuity in his will. She was his first love, his last love, and his sweetest love, and the fact that it was almost entirely in his imagination made it all the more powerful.

The name Estelle became a favourite choice in 19th century romance novels in both Britain and America. One of the most famous examples of the name in literature must be the the beautiful but pitifully frozen-hearted Estella Havisham in Charles Dickens’ 1860 novel Great Expectations.

Dickens may have chosen the name Estella because of its similarity to Stella, the unattainable beauty in Sir Philip Sidney’s poem Astrophel and Stella, so the name already signified painful, hopeless unrequited love to a woman far out of reach, cold and distant as a lovely star.

Estella is the Latinate form of Estelle, and it has also been in use since the 18th century. It was originally more popular in Italian and Spanish-speaking countries, although used in English-speaking ones as well.

Estelle was #228 in the 1900s, and peaked in the 1920s at #222, the era of American silent screen star Estelle Taylor, regarded as one of the most beautiful women of the silent era. The name fell in popularity after Estelle gave up acting to pursue a singing career, and had an unhappy marriage to boxing champ Jack Dempsey. By the time Estelle passed away in the 1950s, the name had left the charts.

It returned in the 1970s at #625, just after American actress Estelle Parsons won an Oscar for her role in Bonnie and Clyde. It went down in the 1980s, perhaps because Estelle Getty on sitcom The Golden Girls made it seem like an old lady name. Estelle began climbing in the 2000s. Its current position is probably around the 200s, but could be higher.

In the US, Estelle was in the 100s from the late 19th century until the end of the 1920s. It left the Top 1000 in 1964 and returned in 2012. This was the same year that the Swedish royal family welcomed Princess Estelle, daughter of Crown Princess Victoria; Estelle is second in line to the throne of Sweden. The name Estelle is currently #822 in the US.

Estelle has been less popular in the UK, and was only in the Top 500 for a few years in the late 1990s and early 2000s. It left the Top 1000 in 2011, but perhaps Princess Estelle brought it back, as it returned the following year. It’s currently #891 and seemingly falling again.

Estelle and Estella are pretty vintage names with a fascinating literary and musical history which have recently gained royal glamour, and fit in with popular names like Isabelle and Stella. They also strike me as names which have great potential as multicultural crossovers – apart from the French connection, Estelle has sometimes been chosen by Jewish families as a spin on biblical Esther, while Estella may appeal to those from Romance language backgrounds such Italian and Portuguese.

Could one of these names be right for your little star?

Thank you to Patricia for requesting the names Estelle and Estella be featured on Waltzing More Than Matilda; Patricia is considering using one of these names.