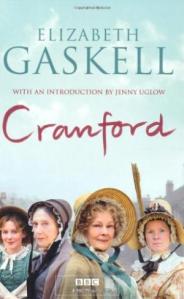 Catherine wrote in to the blog twice while she and husband Daniel were expecting their first baby. A lifelong name nerd, Catherine found that choosing a name for a real baby was much harder than all the hypothetical name lists she had enjoyed writing (surely many of us can relate?).

Catherine and Daniel welcomed their daughter last week, and took three days to choose her name. But there was one name which had always been a very strong contender, and in the end they decided her name was

Catherine became very attracted to the idea of a girl named Mattie after reading Elizabeth Gaskell’s Cranford, which has a character named Miss Matty (played by Dame Judi Dench in the TV series). Catherine says Margaret is very definitely a Mattie.

Catherine wondered if her family might think Margaret was too old-fashioned, but her concerns were quite unfounded. Both families love the name they have chosen, and after announcing it, she discovered that the name combination Margaret Alice was a traditional one in her grandfather’s family. Needless to say, grand-dad is pleased as punch to welcome a new Margaret Alice into the family.

Congratulations to Catherine and Daniel on their daughter! Margaret Alice is a beautiful classic name, and how intriguing it ended up being traditional in the family – there’s a real sense of “meant to be”. The majority of readers championed the name Margaret, so I think there will be wide approval for it.