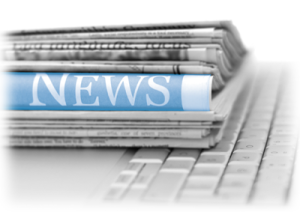 It was reported in The Age last month that the state of Victoria is banning baby names under the Births, Deaths and Marriages Act. This isn’t actually news in the sense of new information – that’s been the situation everywhere in Australia since the mid-1990s, with all states following more or less the same guidelines. It is a reminder that Births Deaths and Marriages has the discretion to reject names that are deemed unsuitable – however, the newspaper report failed to mention that parents can appeal the decision, and appeals have been successful in the past. Names rejected in Victoria included Lord, Princess, Princess Di and Prince (titles), Fireman Sam (trademark), Tit (offensive), and also Glory Hallelujah, New Covernant, Wonderful Beautiful, Anarchy, and Honest Mary, which seem to be Victoria’s idea of unsuitable. Pepper, Jazz, Reef, and Texan Gamble all made the cut however.

The Sunshine Coast Daily reported that “quirky” names were being banned in Victoria. The article said rather smugly that parents were free to choose any name they want in Queensland, whether it be pop culture Khaleesi or traditional Francis Xavier. That seems idiotic, as Khaleesi is allowed in Victoria too – it’s a title, but a fictional one, and not in English – although it’s not as popular as in Queensland. Queensland has the same naming regulations as the rest of Australia, but while the article was smug and silly, there was a grain of truth behind it, because names seem to be very rarely disallowed in Queensland, and it does have a more relaxed naming culture. Moral of the story: if you yearn for a kookier baby name, you are better off moving to Queensland than Victoria.

Melbourne’s first baby of 2014 was born at 12.34 am on January 1 at the Royal Women’s Hospital to professional dancers Bessie and George Awad. The Awads couldn’t decide between their three favourite names of Indiana, Marley, and Summer, so they threw it open to listeners of radio station 3AW and its Twitter followers. Indiana was by far the most popular choice of the public, and this was the name they went with. Indiana was also the choice of dad George, who chose it because he thought his baby daughter “looked like a little Pocahontas” (not the most politically correct name story!). Bessie says the name suits Indiana. By the way, don’t you love mum and dad’s names – Bessie and George, adorable.

Practical Parenting magazine had a slideshow of baby name trends to watch for in 2014, including old fashioned names, boys names for girls, surnames-as-first-names, and literary names. They also gave their predictions of which names would rise this year, and with so many guesses that at least a few of them will be correct.

Comedian Dave Hughes has been on the blog a couple of times because of his delightfully named children Rafferty, Sadie and Tess – Tess Clementine was even voted the public’s favourite celebrity baby name last year. In an interview this year [story expired] Dave revealed that the first choice for his son’s name was Rafael. Even though this isn’t uncommon in Australia, Dave felt that they weren’t Spanish enough to pull off having a Rafael, so went with Rafferty instead. It’s interesting to wonder what would have happened if they’d gone with Rafael – would they have had two girls named Sadie and Tess? My guess is no: it’s interesting to see how the choice of the first child’s name can influence your other children’s’ names.

An Australian Name in America

A rare set of identical triplets were born in California, named Abby, Laurel and Brindabella – who made their way into the Birth Announcements here. The triplets’ dad is originally from Canberra in the ACT, where the Brindabellas form a mountain range to the west. He spent a lot of time exploring the mountains, and discovering a love of nature – he and his wife were married in the mountains in 2007, when they wed on top of Mount Franklin. Brindabella was named after the mountains of her dad’s home town, and although it sounds unusual next to her sisters, Brin or Bella will excite little excitement. Brindabella either means “two kangaroo rats” in the local language or “water running over rocks” with a European -bella added to mean “beautiful”.

Business Insider reported on websites which allow people to connect for the purposes of co-parenting. They aren’t dating websites, but provide an opportunity for single people who want children to match up so they can start a family together. The story featured Australian man Fabian Blue, who has moved to Nebraska in the United States to be with his co-parent, Dawn Pieke, and they have a one-year-old daughter together named Indigo. While Indigo is a common name in Australia, Indigo Blue has a nice ring to it.

The Duke and Duchess of Cambridge have just arrived in Australia, and 60 years ago Queen Elizabeth made her own royal tour. Dorothy Williams remembers the day that the queen came to Bendigo in regional Victoria, because she was in hospital after having given birth to a baby girl. The hospital beds were placed close to the window so that patients could see the queen being driven through the hospital gates. Dorothy named her daughter Pamela after Pamela Mountbatten, the queen’s lady-in-waiting. Lady Pamela is a first cousin of Prince Philip, and was a bridesmaid at his wedding to Queen Elizabeth. In 1954, Pamela was the #12 girls name in Victoria, just one place behind Elizabeth. I wonder how many of the 426 Pamelas were named after Lady Pamela, and how many of the 429 Elizabeths were named for the queen?

They First Met in the Local Birth Notices

I read a lot of birth notices, including from the Port Lincoln Times, so was interested to see this story about Olivia Fairclough. She and her twin sister Belinda were born on October 8 1975, and while researching softball history in the local paper, Olivia happened to come across their original birth notice, published October 16 1975. To her amazement, she saw that her husband’s birth notice was published below it – Martin Sheridan was born on October 9 1975 in Western Australia, but his grandparents in Port Lincoln announced the birth in their home town. He later moved to Port Lincoln, and he and Olivia have been married for five years. Keep a copy of the birth notices for the day your baby’s birth is announced: their future spouse may be in it.