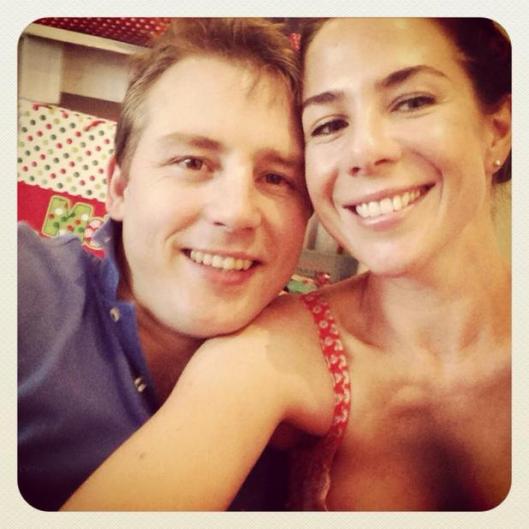 Actress Kate Ritchie, and her husband Stuart Webb, welcomed their first child on August 17, and recently announced that their daughter’s name is Mae.

Kate began her acting career at the age of 7, and joined the cast of soap opera Home and Away just before her ninth birthday, playing the role of Sally Fletcher. She remained with the show for twenty years, becoming a fan favourite and household name in the process; she won the Gold Logie for most popular personality in 2007 and 2008. In 2008 she began her new career as a radio host, and this year joined the Nova FM drive show with Tim Blackwell and Marty Sheargold; you may recall Tim as a celebrity dad on the blog.

Stuart is a former rugby league player for the St George Illawarra Dragons, and is currently coach at the Helensburgh Tigers. He and Kate were married on the Quamby country estate in Tasmania in 2010.

Late in her pregnancy, Kate posted a list of possible baby names on Instagram that were suggested by some young friends of hers, apparently named Cleo and Ivy. The names for girls were Molly, Lilly, Matilda, Madeline, and Georgina, and for boys William, Hugo, Harry, Joshua, and Lucas. They do seem to have been on the money with an M name, anyway.

Molly was actually the first character that Kate ever played, a little girl in the mini-series Cyclone Tracy.