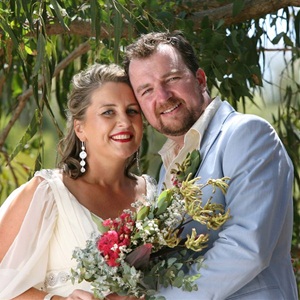 MP Jacinta Allan, and her husband Yorick Piper, welcomed their daughter Peggy Marie on March 26. Peggy shares her middle name with her mother.

Jacinta has represented the electorate of Bendigo East in regional Victoria for the Labor Party since 1999. From a prominent political family, she began her career at the age of 25, making her the youngest ever female parliamentarian in her state.

Yorick is an official with the Construction, Forestry, Mining and Energy Union, and has been a former senior adviser to several ministers (including Jacinta), and former state premier, John Brumby. The couple were married in January this year on their country property near Bendigo.