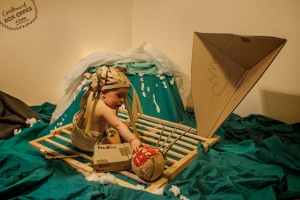 These are names chosen from my e-book, International Baby Names for Australian Parents – names which are familiar in other countries, but rarely used here. I chose ten that I particularly like, or find interesting, or think very usable. If you haven’t read the book, it gives you an idea as to what’s inside, and if you have read it, it’s a chance for me to provide more information than is possible in a book.

Indian boys name meaning “he who cannot be defeated” in Sanskrit; also commonly used as a short form of longer Indian names beginning with Ajay-. It is pronounced uh-JAY. Ajay is also an English modern name (presumably) based on the initials AJ, and said ay-jay. It can be used for either sex, and a female example is media personality Ajay Rochester (born Leigh Towler). Initial names are growing in popularity, and this is also an Indian heritage choice which fits in with current trends (although it may present some minor pronunciation issues). The name Ajay charts in the UK for boys.

Medieval English form of Barnabas, which is derived from Aramaic. Saint Barnabas was one of the earliest Christian followers in Jerusalem, and the New Testament tells us he was one of the Seventy Apostles of Christ, and a companion of Saint Paul. According to tradition, Barnabas was martyred in Cyprus, and is claimed as the founder of the Cypriot Orthodox Church. The Bible explains that his birth name was Joseph (or Joses, the Greek form), but the Apostles gave him the name Barnabas, which may mean “son of the prophet”. However, in the New Testament, it says his name means “son of encouragement” – early Christians saw a link between prophecy and encouragement. The name is pronounced BAHR-nuh-bee. There are several Barnabys in fiction, most notably Barnaby Rudge, in Charles Dickens novel of the same name. Fictional characters named Barnaby tend to be cute, simple, absent-minded, or comical (Barnaby Rudge is a village idiot). Two famous Australians with this name are former AFL footballer Barnaby French, and National Party politician Barnaby Joyce. This name manages to be both hip and cuddly, and it charts in the UK, where it is rising.

Germanic name meaning “bold counsel”. The 10th century Conrad I is recognised as the first ruler who can be called a King of Germany, although he never claimed that title. Related to every other subsequent monarch of Germany, it is little wonder his name became traditional amongst medieval German royalty and nobility. There are several saints named Conrad, with the first one Conrad of Constance, a bishop from the same powerful family as Conrad I. A story is told that he once drank some communion wine at mass after a spider had fallen in it; at that time, spiders were believed to be fatally poisonous, but Conrad drank the wine as a sign of faith. With our current knowledge, his survival no longer seems particularly miraculous. Conrad is the protagonist of The Corsair by Lord Byron, probably the most Byronic of all Byron’s heroes. An outlaw pirate fighting a chivalrous battle against mankind, he is a man of mystery, leading a life of adventure and passion. Because of the cult of Saint Conrad of Constance, the name was used in England during medieval times, and has been revived since the 19th century. Strong and intelligent, it charts in both the UK and the US.

From the Greek form of the Persian name Dārayavahush, meaning “holding firmly onto goodness”. It was traditional amongst kings of the Persian Achaemenid Empire, and Darius I was also known as Darius the Great, ruling the empire at the height of its power, and often remembered for his defeat by the Greeks at the Battle of Marathon. He is mentioned several times in the Old Testament, so you can see this as a Biblical name as well. Darius III was the last king of the Achaemenid Empire, being defeated by Alexander the Great. Musical Dariuses include French composer Darius Milhaud, British singer Darius Campbell, and Darius Rucker from American band Hootie & the Blowfish. A famous Australian with this name NRL footballer Darius Boyd, who plays for the Newcastle Knights. There are attractive fictional Dariuses in the The Hunger Games trilogy, and the House of Night vampire series. You can pronounce this elegant name DAR-ree-us, DAH-ree-uhs, or duh-RY-us, and it charts in both the US and the UK.

Hebrew name meaning “hewer (of wood”) or “feller (of trees)”; often translated as “woodsman”, but other times more freely as “warrior, destroyer”, with the thought that the hewing and felling could be against enemies. In the Old Testament, Gideon was a hero who is listed amongst the Judges of the Hebrews. Born into humble circumstances, Gideon doesn’t seem to have had much confidence in himself, and when God chose him to free his people from oppression, Gideon asked for proof of God’s will through three miracles. Once convinced that God had really chosen him, Gideon led an army of Israelites against the oppressing Midianites. Contrary to standard military tactics, God commanded Gideon to send away most of his army, because it was so large that victory was virtually assured. Instead, he went in to battle with just three hundred men, so that when they won, they were certain it was accomplished through God’s power. Gideon is considered a saint in the Roman Catholic and Eastern Orthodox faiths, and the name came into use in Britain through the Puritans. Gideons International is the evangelical organisation which distributes free Bibles; you’ve probably found one in your hotel room at some point. Gideon is a stylish Biblical name; usually pronounced GID-ee-uhn, it charts in the US, where it is rising, and in the UK.

Welsh form of Justin, from the Latin name Justinus, derived from Justus, meaning “just”. All of these names were borne by numerous saints. Iestyn ap Gwrgant was the last ruler of the Welsh kingdom of Morgannwg, in South Wales, before it was taken over by the Normans. His coat of arms forms the modern flag of Glamorgan, and part of the flag of Cardiff. Saint Iestyn was a Welsh hermit who flourished in either the 6th or 7th century, and is said to have been of royal blood. He founded two churches in north Wales. Pronounced YEST-in, this is a positive-sounding name which could honour someone named Justin, or be an appealing Welsh heritage choice. Iestyn charts in the UK.

English surname which was originally a nickname, from the Norman French for “bear cub”. In the medieval romance Valentine and Orson, Orson is a wild man raised by bears, and twin brother to the knight Valentine, brought up in a royal French court. Originally, the “wild brother” didn’t have a name, and it seems to be an English innovation to give him a name to reflect his ursine upbringing. Orson has been used as a boy’s name since at least the 17th century, and has historically been more common in the United States. There are several famous men named Orson, including the American actor and director Orson Welles, who directed Citizen Kane and the notorious War of the Worlds radio broadcast – his first name was George, and he went by his middle name. Others include American television actor Orson Bean (real name Dallas Burrows), who lived in Australia during the 1970s, and American sci-fi author Orson Scott Card, who wrote Ender’s Game. You may also have heard of Internet sensation Orson Mackie, an Australian baby who stars in familiar movie scenes created by his parents from cardboard boxes. This masculine name is warm, snuggly, yet strong. It charts in the UK, where it is rising.

Catalan form of Rocco. Roc Brazilianos was a notorious 17th century Dutch pirate who operated from Jamaica. A cruel and debauched buccaneer, he raised terror on the high seas for many years before mysteriously disappearing with his ship and crew. His real name is not known for sure, but historians think he may have been Gerrit Gerritszoon, who moved to Dutch-controlled Brazil with his parents. Rather less spectacularly, a famous Australian with the name is visionary entrepreneur Roc Kirby, who founded Village Roadshow cinemas, and supported the Australian film renaissance. In his case, Roc is short for Roscoe. A roc is also a gigantic mythological bird which appears in Arabian fairy tales, and is well known to anyone who has read the One Thousand and One Nights. Pronounced like the word rock, this is a cool bad-boy choice which can also be seen as a nature name. It is popular in Catalonia, where it is rising.

Swedish name which comes from the Old Norse Sigsteinn, meaning “victory stone”. Sixten Ehrling was one of Sweden’s most famous conductors, known for his difficult, yet witty, personality, and Sixten Sason was a super stylish Swedish designer who created the smooth lines of the Saab in the 1960s. Another famous namesake is the Swedish street artist Sixten, who at one time lived and worked in Melbourne. This is a smart-sounding Swedish heritage choice which provides few problems with pronunciation, as it’s said much as it looks. It is popular in Sweden, where it is rising.

Roman name of unknown meaning. According to tradition, the name was introduced to Rome by Titus Tatius, the Sabine king who attacked Rome, but later made peace with the legendary Roman king Romulus, the city’s founder. There were three Roman Emperors named Titus, and the Roman historian Livy’s full name was Titus Livius. Saint Titus is mentioned in the New Testament as a companion of Saint Paul. As you can probably tell from all these name bearers, Titus was an extremely common name in ancient times, and used by all social classes. The name gained an unpleasant reputation from Titus Oates, the perjurer who falsely claimed that Catholics were plotting to assassinate King Charles II; more honourable associations are Sir Titus Salt, the manufacturer and philanthropist, and Titus Brandsma, the Catholic priest (now a saint) who spoke out against Nazi ideology and died in a concentration camp. A contemporary namesake is American television actor Titus Welliver, from Sons of Anarchy and The Good Wife. Titus Andronicus is Shakespeare’s first tragedy, one of his most violent and gory plays. Titus charts in the US, where it is rising.

POLL RESULTS
The public’s favourite names were Gideon, Orson and Conrad, and their least favourite were Ajay, Sixten and Roc.

(Photo shows Orson Mackie depicting a scene from the movie Cast Away, on the blog Cardboard Box Office).

1 thought on “International Names for Boys”