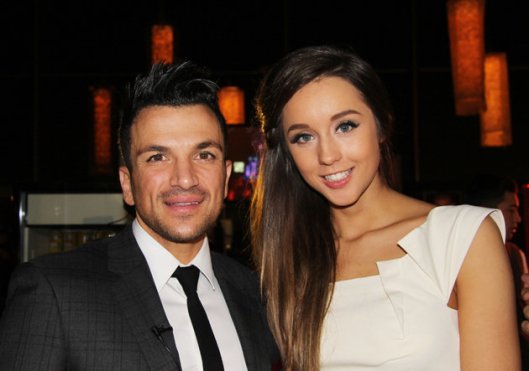 Pop singer and media personality Peter Andre, and his fiancée Emily MacDonagh, welcomed their first child together on January 7 and have named their daughter Amelia. Peter also has a son named Junior and a daughter named Princess from his marriage to glamour model Katie Price.

Peter is from a family of Greek-Cypriot descent; the family surname was originally Andrea. Born in England, he came to Australia as a young child with his family, and grew up on the Gold Coast in Queensland. Peter wrote his first song at the age of 13, and at 16 won a contest on the “New Faces” segment of Hey Hey It’s Saturday, which gained him a record contract. His self-titled début album was released in 1993, which included the song he had written as a young teenager, Dream a Little. He later moved back to the UK, appearing on reality television programmes such as I’m a Celebrity, Get Me Out of Here. He and former wife Katie Price starred in several fly-on-the-wall reality series about their lives, and he currently hosts 60 Minute Makeover. His most recent album, Angels and Demons, was released in 2012.

Emily is a medical student. She met Peter in 2010 after her father performed emergency surgery on him to remove kidney stones, and the couple recently became engaged. Peter has said he would like to move back to Australia when his family is older.

Amelia was apparently Peter’s favourite choice for his youngest daughter’s name, but he says he left the final decision up to Emily. He has said that they wanted a classic, royal or Biblical name for their daughter – they originally picked the name Rose, but it didn’t seem right, and one name they considered was Cleopatra!