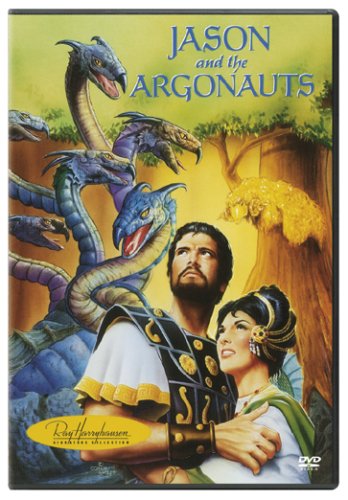 A federal election was held on September 7, and we have had a change of government. Votes are still being counted, so the election isn’t over, and we may have some names from it when the process is complete.

However, in a much more frivolous political poll held in August, Cleo magazine rated the male politicians on their sex appeal, and decided that Labor MP Jason Clare, described as the “Rob Lowe of Australian politics”, was the winner. I can’t help thinking if a men’s magazine had rated female politicians like this it would be considered very wrong.

Jason Clare represents the seat of Blaxland in western Sydney, which he won in 2007, and until recently was the Federal Home Affairs Minister. Jason grew up in the western suburbs, made dux of his class, and completed a law degree while pursuing an interest in politics. While Labor lost the election with a significant swing against it, Jason managed to increase his hold over the electorate by 6%.

To show that he is not vain about his appearance, Jason modestly joked that his wife’s preference in the Cleo poll was for the runner-up, Stephen Smith. Hello ladies – he’s a smart, handsome law graduate and his wife doesn’t appreciate him! (is the message I think we’re meant to be receiving there).

Jason is from the Greek name Iason, derived from the Greek for “to heal”. Iaso was the Greek goddess of recuperation from illness, so you could see Jason as a masculine form of her name. Although Jason is often translated as “healer” or even “physician”, to me the meaning of the name is more about the body’s natural ability to heal itself.

The name is best known from the mythological prince of Thessaly, who led a hand-picked crew of heroes on the good ship Argo, in quest of the Golden Fleece, with the aid of the goddess Hera. Jason and the Argonauts had a series of adventures, in which they didn’t behave very nobly for much of the time, then arrived in Colchis, which today is in Georgia, on the Black Sea.

The Golden Fleece was owned by King Aeetes, and to obtain it, the king gave Jason three tasks which seemed impossible to perform. Hera arranged for Aeetes’ daughter Medea to fall in love with Jason, and as she was a great sorceress, she was able to use her knowledge of magic to help him succeed, after he promised her that they would get married.

Jason and Medea then fled with the Fleece and sailed away on the Argo, because King Aeetes knew that Jason could only have completed the tasks by cheating, and wanted his property back. He pursued them until Medea came up with the horrible plan to kill her own brother and throw him into the sea, piece by piece, to distract her father.

Medea’s interest in dismembering family members continued when she and Jason returned to Greece, and she arranged for his Uncle Pelias to get chopped up into soup. Pelias had tried to drown Jason as a baby, then sent him off on the dangerous Golden Fleece quest hoping he’d die, so she had her reasons. With her penchant for murdering relatives, you’d think that Jason would have been blissfully happy with Medea, but instead he betrayed her love by becoming engaged to another woman.

When Medea tried to point out that all Jason’s luck in life was because of her, and he was being very ungrateful, he replied, “Babe, you’re the one who got lucky when the gods made you fall in love with me”. Medea wasn’t the type to take this treatment lying down, and she promptly burned her rival to death before murdering the children she and Jason had had together. Although Jason was ungallant, Medea’s tendency to see her own flesh and blood as collateral damage is disturbing.

Because Jason had broken his vow to love Medea forever, the goddess Hera abandoned him, and he wound up lonely and miserable. He was killed when the Argo, now old and rotting, broke and fell on top of him while he was asleep – a suitably ironic finish.

A king of Thessaly named Jason was a contemporary of Alexander the Great‘s father. A successful and ambitious general, it is thought that he must have been at least one of the inspirations of the great Alexander himself. It seems very likely he was named after the Thessalian hero.

There is a Jason in the New Testament, one of the Seventy Disciples of Christ, who ran a “safe house” for Christians in Thessalonica, and was once arrested for it. Saint Paul appointed him bishop of Tarsus, and he is known as Saint Jason. Unusually for an early Christian saint, Jason lived to a ripe old age. The Jewish historian Josephus tells us that Hellenised Jews used the name Jason to replace Yeshua (Joshua or Jesus), and this may apply to Saint Jason too.

Being Biblical, Jason was acceptable for use as a Christian name, and can be found in the records from at least the 16th century. The name Jason became very popular in the 1970s, and it looks as if this was due to the original Jason, because the movie Jason and the Argonauts came out in 1963 (it cut out most of the revolting parts). A special effects tour de force, it’s a cult classic, and according to Tom Hanks, the greatest film ever made. It must have made a huge impression.

Jason was already rising in popularity at the time of the film’s release, but soon zoomed up the charts to make the US Top 100 three years later. It was Top 10 in the US for all of the 1970s, which coincides with popular TV series, The Waltons, having a Jason. Even in the late 1980s, when Jason was #27, Pamela Redmond Satran and Linda Rosenkrantz were urging parents to “go beyond Jennifer and Jason”. Despite their book’s success, Jason has still not left the Top 100 in the United States, so American parents only partially heeded their call.

Jason has been a real 1960s success story, and continues to influence popular names for boys, because parents are still attracted to similar names, such as Mason, Jacob, Jayden, Jackson, Jasper and Jordan. In fact, Jason is staging a comeback under the short form Jace – already Top 100 in the United States, and no doubt rising here too.

It turns out we’re not ready to go beyond Jason yet – at least, not very far.