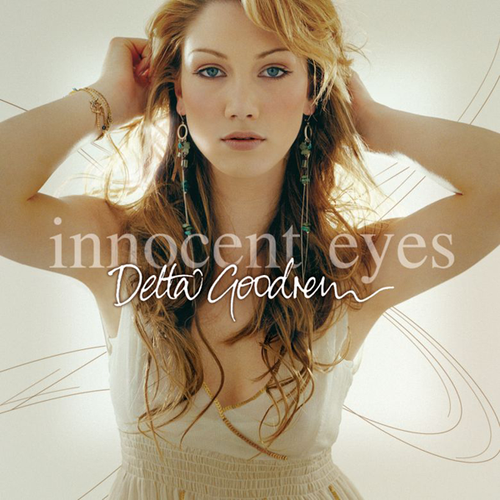 The Australian music industry celebrated an important birthday a month ago, because July 10 this year marked thirty years since the Australian Recording Industry Association (ARIA) began collating sales information from music stores. The ARIA charts developed from the Kent Music Report, and the first Australian charts began in the 1960s, collated by Go-Set magazine, the music “bible” of its time which later spawned Australian Rolling Stone, and whose weekly music columnist Ian “Molly” Meldrum would go on to host seminal music show Countdown.

The first single to top the ARIA charts way back in 1983 was Total Eclipse of the Heart by Bonnie Tyler, the first #1 album was Michael Jackson’s Thriller, and the most consistently popular performer over the many years of her career has been Madonna. However, Kylie Minogue equalled Madonna for the most #1 singles (10), and was equal second with the Black Eyed Peas for most weeks (30) spent at #1 in the singles charts.

Pop singer Delta Goodrem’s debut album, Innocent Eyes, spent longer at #1 than any other Australian album at 29 weeks, and she is the first ever music artist to have five #1 singles from a debut album. Innocent Eyes went on to be the best-selling album of the 2000s. Delta played aspiring singer Nina Tucker on soapie Neighbours, where she sang Born to Try, scoring Delta her first #1 spot on the ARIA charts. She has won ten ARIA Awards, and all her albums have gone to #1, making her one of Australia’s best-selling female artists. Delta is currently a judge, coach and mentor on The Voice.

In music, an aria is a vocal piece performed by a singer, usually as part of a larger work. We often connect arias to opera, although they can be part of classical concert music too, and usually think of them as very beautiful and elaborate pieces of music that only an expert singer can do justice to.

Some famous arias are Ave Maria, O Sole Mio, La Donne e Mobile from Rigoletto, and Nessun Dorma from Turandot (if you think you don’t know them, click on the links to listen, and you’ll probably find that you have heard them before). In Italian, aria means “air”, and is from the Latin word for “atmosphere”.

As a girl’s name, Aria is usually said to be a modern English name. It’s hard to track it through historical records, as any Arias you find could easily be a misprint for Maria, so while there are hundreds of Arias in Australian records, with both English and Italian surnames, your guess is as good as mine whether they were really named Aria.

There is a Saint Aria, an obscure early Christian who was martyred in Rome, but her name seems to have been short for Ariadne.

Aria catapulted into the national Top 100 last year, debuting at #83, the second-highest rising name for girls in Australia, and possibly the highest, if we had access to all the data. The name has been popularised by the character of Aria Montgomery, from the Pretty Little Liars books and TV series, and young singer and actress Aria Wallace; it’s also been boosted by its similarity to other fashionable names, like Arya, Arianna, Ariel, Allira and Allegra. Musician Ash Grunwald welcomed a daughter named Aria earlier this year.

Delta is the fourth letter of the Greek alphabet; it’s based on a letter in several Semitic alphabets which is supposed to represent a door. The Greek letter is shaped like a triangle when capitalised, and it is for this reason that the landmass at the mouth of river became known as a “delta”. If you want to get geographically technical, it is wave-dominated deltas which tend to have this triangular form; the most obvious example is that of the River Nile, and it is the Nile Delta which was first given the name, and is the “original” delta.

The Mississippi Delta (the region, not the actual river delta in Louisiana – gosh I hope all this geography isn’t getting too confusing) is associated with the very beginning of several genres of popular music, such as Delta blues and rock and roll. You can no doubt get yourself into some very stimulating arguments over whether Delta blues is significantly different to any other kind of blues, or just how rock and roll got started anyway, but the Mississippi Delta would be crazy not to cash in with tons of music festivals, and they’re not, so they do.

Rita Coolidge is an American singer who inspired the song Delta Lady, by her one-time boyfriend, singer-songwriter Leon Russell. I always assumed that the name came about because Ms Coolidge is from the Mississippi Delta, but – more geographical technicalities – she’s from Macon county in Tennessee, which isn’t in the Delta region. So we may be talking poetic license here rather than geographical technicalities, although from the song’s lyrics, Russell seems to be using delta as a metaphor for ladyparts (as in the erotica collection, Delta of Venus, by Anais Nin).

(Just as an aside, the faded southern belle of unsound mind in the song Delta Dawn, which became Helen Reddy’s first #1 hit, was from Brownsville in Tennessee, which prides itself on being the “heart of the Tennessee Delta”. Dawn was a real Delta Lady.)

It was the song Delta Lady which inspired Delta Goodrem’s parents to name their daughter Delta, so that is one possible source of the name, but you could see it as a geographic name, a nature name or an alphanumeric name as well. You can also see it as a musical name, because a major 7th chord is sometimes called a Delta Chord.

There are many, many women named Delta in Australian historical records, dating back to the 19th century, and it is currently #412 in Victoria.

So here’s two pretty, modern-sounding musical names for girls, both with an Australian focus. Cross-cultural Aria is much more on trend that Delta, and consequently more popular, yet Delta has a more solid history of use as a personal name. Which one do you like better?

POLL RESULTS: Aria received an approval rating of 78%, and Delta of 33%.