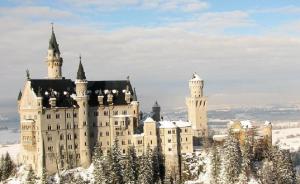 Cristina began her successful blog A Baby Name Per Day in 2011, and recently rebooted it as Once Upon a Time Baby Names. Her blog is devoted to rare, unusual and beautiful names, and each entry for a name gives a detailed description of its meaning, history and level of usage. There is also plenty of naming advice, and if you are searching for a less common name, or even a one-of-a-kind name, this is an essential blog to follow.

What is your name?

Your blog celebrates unusual names, but your own name isn’t that rare. How do you feel towards it?

I liked my name up until I was about ten years old. Around that age I discovered the meaning of my name, and I haven’t liked it since, due to the religious meaning. I think I was also jealous of the girls who didn’t share their name with another girl (or more) in the same class. Now I’ve come to accept that this is the name which was meaningful to my parents, and it was picked out of the family tree. But it does go against most of the criteria I’d use for my own children.

Have you ever wished you had a different name?

I would briefly wish I had been named something more exotic (imagine when I went to Italy and met a girl my age named Chiara). I pushed hard for people to call me Nina in high school, which was a play on the last syllable of my name and my grandmother’s nickname, Marianina, and it stuck with everyone but my family. I still prefer Nina, but I introduce myself to strangers as Cristina. I also wished my parents had gone with Elena or Domenica from our family tree instead.

Would you ever consider changing your name in the future?

No, I’m too old now, and I’ve already gone through one legal name change to get married.

When did you first start getting interested in names?

I began writing stories for fun in middle school [approximately grades 6-8], and reading became an important hobby. I would get inspired by the names in my favorite books, like Zenobia in Ethan Frome [by Edith Wharton]. Having to come up with names for my own stories, I started buying baby name books and researching names online.

What inspired you to begin a name blog?

The blog was a spur of the moment decision, , mostly out of frustration. When you go to big name sites, you expect their information to be accurate and detailed. So when I found information that wasn’t correct and almost never any statistics for names outside the top 1000, I thought maybe I could do it better. Unfortunately, I’m still light years away from my goal of covering 20,000+ names the way those big sites do.

You’ve recently changed your blog’s name, and given it a makeover (which looks fantastic, by the way). What was the reason behind that?

Thank you! I had been writing A Baby Name Per Day for about two years, but not writing every day as the titled suggested. The title also didn’t hint at what I was covering, which was mostly unusual, forgotten names. While looking at my most popular post, names from the TV show Once Upon a Time, the new title of my site was right there, and it felt perfect. “Once Upon a Time” suggests the names are from long ago, but it can also suggest the beginning of a story, as in a baby’s story, or a writer’s story.

Do you have a favourite blog entry on Once Upon a Time, or one that you are especially proud of?

There’s a few names that I’m really proud of for highlighting that really deserved more attention, like Belphoebe, Plumeria, Gwyneira and Samhain. Zenobia is still probably my favourite though.

Do you have any other blogs?

I have a Facebook page for Once Upon a Time Baby Names, but I also write a home decorating blog called Little House Well Done.

Do you have any pet naming peeves?

Oh gosh yes. While the boy-names-on-girls (specifically -son names) has been bothering me less, it still bugs me when parents choose a spelling that is completely unlike the original name. There’s no reason to spell Elizabeth as Alyzybith. It sets the kid up for a lifetime of “No, it’s spelled like this.” I’m also not a fan of names that are too cutesy, like Princess, Baby or Sugar, because babies turn into adults, and adults have to get serious jobs.

What are your favourite names?

Some of my favourites at the moment (that I would actually consider for my kids) are Auriella, Sabina, Jilliana, Calixta, Ursulina/Ursula, Calluna, Calliandra, Attalia, and Umbrielle. I obviously have a thing for frilly names and the letter U. For boys, I’ve had a top three for years and very little interest in anything else, but Casper, Alasdair, Archer, Cyprian and Hadrian have caught my eye.

What names do you dislike?

It’s a long list, but it mainly boils down to names that weren’t given much thought. Names taken off celebrities, celebrity babies, out of movies (Renesmee), copy-cat names (the sea of Bellas), made up, mis-spelled, spelled backwards, and those that are overly aspirational, like Destiny, Passion and Sincere.

Are there any names you love, but can’t use?

My last name makes B names impossible, and anything with a Z or a soft G. Which is unfortunate, because I really love Ginevra, Geneva, Zenira, Benicia, and Bohemia. I also like some names that I would have a hard time using, such as Crystalina and Jemima (thank you, Aunt Jemima [a syrup company in the US]).

I like quite a few names in the top 1000, most of the time because I grew up with people with those names. I really like Emma, Raina, Gemma, Tabitha, Sophie, Gabrielle, and Jennifer. For boys, I like average Joe names (including Joe) such as Andrew, Sam, Tony, and Ryan. But I also like Blake, Orion, Stefan, Archer and Flynn. Honestly, I can’t pick a favourite.

Do you have names picked out for your future children?

I have a static top three for boys: Evander, Caspian, Alaric. For girls, my style is really frilly, whimsical, and a bit clunky. I like exotic and forgotten names. My long time love is Caspera (going on six years), but new finds Auriella and Sabina are making me reconsider.

Does your husband have compatible tastes in names, or do you sometimes clash over baby names?

My husband does not like my taste in girl’s names. He says they’re strange or too foreign. He’s used to traditional, simple names like Amanda, Caitlin, and Stephanie. Thankfully we’re on the same page with my top three boys names and he’s okay with me picking any girl’s name I like.

What is something we don’t know about you?

I plan on going to graveyards this summer to hunt down rare names from the past.

What advice would you give to someone choosing a baby name?

I think parents should research names they’re interested in. Find out how many kids were given a name in the past year, ten years, etc. I hear so many people say If I had known how many kids she’d meet with the same name, I would have thought twice. Don’t be afraid to get obsessive, exhaust every possibility, search endlessly for “the one”. 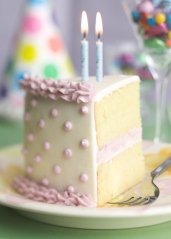 My blog turns two years old today. I have to admit, I didn’t think very deeply about what I was doing when I started the blog, and didn’t know any more about blogging than what I’d read in a few articles with titles like Any Idiot Can Blog, or Get Blogging, Stupid! I had finished one part of my life and hadn’t started on the next bit, so a blog seemed like a good idea at the time.

When my account came up for renewal at the end of the first twelve months, I didn’t think twice about it. Of course I had to continue the blog; I’d only been doing it for a year, and felt I had barely started. When I received my second renewal notice at the end of last year, for the first time I actually sat down and asked myself if I wanted to keep going. I pondered deeply for over a month, and some days I seriously considered cancelling my account.

At last I decided that the blog was still growing, and I still had a lot to learn, so for the first time I made a conscious choice to continue Waltzing More Than Matilda. It’s taken me two years, but I have finally begun to think about what I’m doing. It will be interesting to see if this makes any difference!

No blogger is an island, and many thanks go to these people for their help and support.

My present to Waltzing More Than Matilda is her own Facebook page. There are two main reasons I got one: (1) I promised myself I would once I got over 100 subscribers and (2) despite having a Twitter account, I get more views via Facebook than Twitter, so it makes sense. It seems much more complicated and scary than Twitter, but I’m sure I’ll get used to it in time.

Many happy returns, Waltzing More Than Matilda, and here’s to another year blogging together!