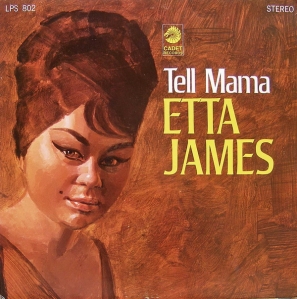 Chloe and Ashton are expecting their third child next year; they already have a son named Wynton and a daughter named Etta. The couple are having trouble thinking of any names at all, and Chloe feels that she might over-think names.

Wynton was six weeks old before he was named, even though they knew in advance he would be a boy. They found inspiration from this blog for Etta’s name. They saw the name Etty, from Etty Bay, but put a spin on it. Like Wynton, Etta is also a jazz name, which vaguely references an Australian place name – Winton and Etty Bay (both in Queensland, as it happens).

Chloe loves their childrens’ names, and feels under pressure to come up with something equally good that fits in with Wynton and Etta.

To add to the difficulties, they have a surname which can be hard to match with a first name – it’s a somewhat startling short noun, like Blood.

Chloe doesn’t want any matching initials in the family, so no names starting with A, C, E, or W.

On one hand, it can be an anxious feeling having absolutely no ideas for baby names at all. On the other, it can be a wonderfully liberating experience. No having to choose between favourite names, no arguments with your partner, no fretting because your best friend just used the name you had your heart set on. That leaves you in an enviably free position.

Like a jazz musician, you can be free to take risks with names, to improvise a name, to swing it, to try new things, to open your mind, to allow chaos into the naming process, to be creative. I might suggest that you try “underthinking” rather than overthinking – and by that, I mean allowing your subconscious, or your “under-mind” to express itself. Also remember that jazz is a colloborative process, so bounce ideas off each other.

I understand that “Blood” is not an easy surname to work with. I tried several different things, and I came up with some restrictions that I think might have to be considered.

-No vocabulary words as names, as Tangerine Blood or Duke Blood form a bizarre or even disturbing image.
– This includes names which sounds like words, such as Marshall, Dinah or Norah, or ones which have a nickname that sounds like a word, such as Minnie, Penny, Rich or Randy
– Well known place names could also be an issue, as with Georgia Blood or Paris Blood.
– No alliteration, as Byron Blood or Billie Blood sound odd and comical.
– Be careful with names ending with an S or X, as Lux Blood sounds like Luck’s Blood.

I can see it would be great if the name had some sort of connection with an Australian place, but I think with so many things to consider, it should be a preference rather than a must have.

Some other names from jazz, a few of which have a connection to Australian places:

Corea
Dara
Ida
Inez
Laine – Lane Cove is a suburb of Sydney
Lena
Lucia – St Lucia is a suburb of Brisbane
Mamie
Melba – a suburb of Canberra
Morgan – a town in South Australia, while Mount Morgan is in Queensland
Mimi – a small island in the Torres Strait
Nellie
Nina
Peggy
Saskia
Susannah – Susannah Place Museum is in Sydney
Tessie – sounds like Tassie, short for Tasmania
Valaida
Vera – Vera View is a beach in Perth
Zarie

You have set yourself a fairly difficult task, and I wonder if that’s why you can’t think of any names. Sometimes when we can’t come up with a single name which fits our criteria, it may be because the criteria is too strict. Have you painted yourself into a corner? Because if so, it may be time to set yourself free and find a new groove.

Readers, can you suggest any jazz-inspired names for Chloe and Ashton?

3 thoughts on “How Can They Jazz Up Their Baby Name Search?”