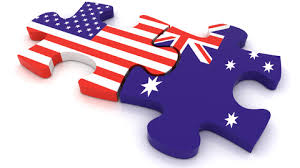 Sara and Jonathan are expecting their second child in a couple of months, and would like some name help. Sara is Australian and her husband is American: they currently live in the United States, but plan to move to Australia within the next few years. They think it likely their children will spend time in both countries as they grow up.

*Not highly popular in either Australia or the US (eg no Lachlan or Aubrey)
* Sounds basically the same in either an American or Australian accent – Sara routinely has her name pronounced like Sarah or Serah in the US, and when she tries to correct people, in the confusion of unfamiliar vowels, they sometimes hear it as Zara, or even something completely different, like Claire
* the pronunciation is fairly obvious from seeing the name in writing
* the spelling is reasonably easy to guess from hearing the name said aloud

Sara and Jonathan already have a son named Felix, and frequently receive comments on what a great name he has, so feel some pressure to come up with something equally as good for their second child. Sara really likes that Felix can be translated as “happy”, and thinks it would be great if Felix’s brother or sister had a name with a positive meaning too.

So far they have these names on their lists:

However, none of these names are really grabbing them at the moment. They have a number of family names they could use in the middle, and will go with one that matches the first name they eventually use.

Sara and Jonathan have a cute one-syllable surname starting with R eg Rudge. They would prefer a name that didn’t start with R.

They would love to hear of any suggestions that sound good with Felix, are suitable in both North America and Australia, and fit all their other criteria.

One thing that occurs me to wonder is whether you want a sibset which sounds more Australian than American, more American than Australian, evenly American-Australian, a comfortable mix and match of the two, or neither American nor Australian.

For example, Ivy is another name that is much more popular here than in the US, so to me Felix and Ivy sounds like an Australian family. But Cora is much more popular in the US, so that sounds more of a mix-and-match: Felix ahead of the trends in the US, Cora ahead of the trends in Australia. Meanwhile, Eleanor has a similar popularity in both countries, so Felix and Eleanor sounds evenly American-Australian – it would be hard to pick which country they were from from their names.

None of these choices are right or wrong: it all comes down to what suits your family best. It might be quite good to have names like Felix and Ivy, where Australia is slightly ahead of the trends in the US, as they will sound quite fresh in America. However, if you come back to live in Australia, Felix and Ivy will fit in easily. That may not be a bad thing: having lived overseas, it might be nice for them to have names which are already popular here, giving them an immediate normality.

A different scenario would arise with a name like Leopold. Felix and Leopold doesn’t sound either Australian or American – the names sound quite European together. I think this is a rather attractive idea, as the names would sound fresh in both countries, and wouldn’t strongly mark them as being of either nationality.

You might also find that people no longer judge Felix’s name on its own merits, but as part of a set. So people might think Felix and Ivy sounds hip, Felix and Eleanor sounds classy, and Felix and Leopold sounds distinguished. Be prepared to hear different things about Felix’s name when he’s a brother – but hopefully just as positive.

If you are really keen to have a repeat success with your second child’s name, I think the secret is to choose a name which is rapidly rising in popularity. These tend to be names which most people like (that’s why they’re rising), and I’ve noticed people often like having a name that’s rising in popularity too, due to them getting lots of love.

Felix is zipping up the charts in both the US and Australia, and it’s also a familiar name with a long history that hasn’t become overly popular yet. That makes it a “sweet spot” name which seems fresh without being too strange or challenging, and well-established without being stuffy or boring. Add a cool letter X which is right on trend, and no wonder you are getting compliments right and left.

I feel that I’ve probably given you a lot to think about, and possibly even more questions that you need answered!

You did ask for suggestions, so I will offer a few to give you some ideas.

Jasper
I think Felix and Jasper are a perfect match as brothers. Like Felix, Jasper is rising steeply, and is another sweet spot name that has a bit of quirk to it. Means “master of the treasure house”.

August
Another fast-rising name. I think Felix and August sound quite European together. It has a positive meaning too: “venerable”. It’s also a month, which means that everyone can spell and pronounce it.

Maxwell
I couldn’t resist another X name. Rising Maxwell just hit the Top 100 in Australia and is only a little outside it in the US. The name ultimately comes from the Latin for “great” – very positive. Or would you prefer Maximus?

Theodore
Similar popularity to Maxwell in both countries, and has a very positive meaning – “gift of God” (it predates Christianity). The nickname Theo is very stylish; I love Felix and Theo.

Otto
A stylish, rising name that goes well with Felix, and means “riches, wealth”. There is a pronunciation difference in the US though, which makes me wonder if you’d prefer the rarer surname form Otis?

Thea
Short for Theodora or Dorothea, this is basically a feminine form of Theo. Rising very swiftly, this is a neat, stylish little name.

Hazel
This has just reached the Top 100 here, and is very close to it in the US. I just love how Felix and Hazel sound together. Hazel trees are symbolic of protection – quite similar to the original meaning of Felix.

Iris
Much less common than Ivy in Australia, but similar-sounding and very hip. Felix and Iris sounds adorable. Means “rainbow”.

Esme
This is big in the UK, but much less common in the UK or Australia, and would sound very British matched with Felix. Means “esteemed, loved”.

Eloise
Reminds me of Louise, and is a similar popularity to Felix when comparing countries. I think Felix and Eloise sound very elegant together. The name most likely means “healthy”.

Sara I hope that this has given you some ideas, or even led you to see your original name list in a new light. Do feel free to write in again before your due date, especially if you get a new name list or a front-runner. And we look forward to hearing all about your American-Australian baby!

NAME UPDATE: The baby was a boy, and his name is Sage!

15 thoughts on “Naming a Baby of Two Continents”