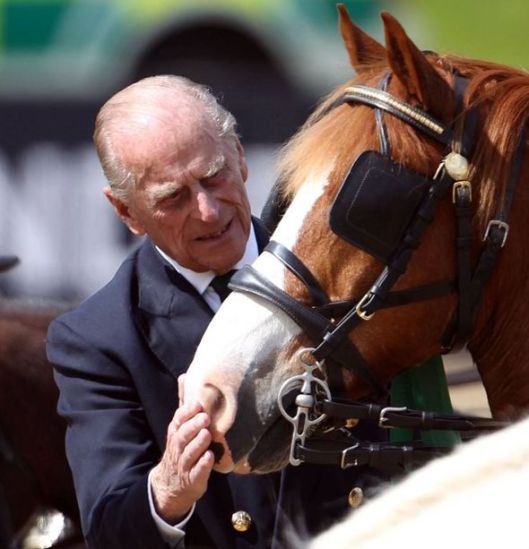 Famous Namesake
Australia Day is a day not just to celebrate, but to honour Australians for their achievements and service to the community. However, this year even the Australian of the Year was almost completely forgotten as everyone was swept up in a media maelstrom when Prince Philip was named a Knight of Australia.

Last year Knights and Dames were re-instated by the current prime minister, who declared that they would celebrate pre-eminent Australians such as Governors-Generals, chief justices and the like. The prime minister didn’t consult his senior colleagues over the decision, which many felt to be a mistake which could come back to bite him. This is the moment it bit.

There are several reasons why declaring Prince Philip a Knight of Australia went down badly. For one thing, the prime minister didn’t consult any of his colleagues over the decision, which re-ignited fears of an arrogant leader making “captain’s calls” which could alienate his own cabinet. For another, Prince Philip wasn’t a pre-eminent Australian, so the appointment was outside the stated brief.

The prime minister’s decision has been widely criticised, and had scorn poured upon it. The decision has been described as “a time warp” and “ludicrous … cultural cringe” by some in the Opposition, while those on the prime minister’s own side labelled it “April Fool’s Day”, “total craziness”, and “a joke”. High profile supporters of the prime minister, such as conservative commentator Andrew Bolt and media baron Rupert Murdoch thought it was “pathetically stupid” and “an embarrassment”. No wonder the newspapers have dubbed it a “Knightmare“.

Comedian Adams Hills commented that, “Giving a Knighthood to Prince Philip is like giving a Beyonce CD to Jay-Z. Surely he could just pick one up at home”. In fact, Prince Philip, the Duke of Edinburgh, already has three British knighthoods, and has had knighthoods bestowed upon him numerous times by various countries, including Nepal, Peru, and a whole bunch of others you never knew cared.

The problem is that the prime minister was already floundering in a sea of unpopularity, and when you are in dangerous waters, you cannot afford to make a mistake. The knighthood to Prince Philip was the equivalent of a drowning swimmer cutting his leg open, and now (to continue this laboured metaphor), the sharks have the scent of blood and are circling in a menacing sort of way.

The Coalition have already lost the Victorian state election after only one term, and after the Prince Philip debacle, it performed so dismally in the Queensland state election that it is predicted to have lost its majority from a seemingly unassailable 78 seats, and former premier Campbell Newman has lost his seat and left politics. Many pundits are now predicting a federal leadership spill.

Name Information
Philip is the English form of the Greek name Philippos, meaning “friend of horses”. The name isn’t just about being an animal-lover – in ancient Greece, only the wealthiest people could afford to own horses, so the name proclaims a high status. (In the same way, knights are also high-status and connected with horses). Aptly, Prince Philip is a keen equestrian who still participates in carriage driving, a sport which he helped develop.

The name Philip was traditional in the Macedonian royal family, and Alexander the Great‘s father was named Philip. Because of this, it was a highly popular name in Macedonia, although common in the rest of the Hellenic world. Prince Philip was born in Greece to a prince of Greece and Denmark, so his royal Greek name is very suitable.

There are two saints named Philip from the New Testament. One is the Apostle Philip, who seems to have been a friend of Peter and Andrew; according to tradition, he was martyred by being crucified upside down. The other is Saint Philip the Evangelist, mentioned as being one of the deacons chosen to help care for the poor.

The name Philip came into common use in western Europe by the Middle Ages, and was a traditional name in several royal houses, including France, Spain, and Portugal. Philip was used in England from medieval times too, with a notable example being the Elizabethan courtier Sir Philip Sidney, who created the name Stella for a poem.

However, the name became less common for a time because of King Philip II of Spain, who tried to invade England, and whose Spanish Armada was famously defeated by the English in 1588. Philip had actually been king of England for a short time, due to his marriage to Mary I, and they hadn’t been a popular couple. However, under Philip’s rule Spain reached the peak of its power, and was called “the empire on which the sun never sets”. The Philippines is named after him.

By the 19th century, everyone was over the whole Spanish Armada thing, and Philip was completely rehabilitated, no doubt assisted by Phillip, the surname form of the name – which has an Australian link, thanks to Captain Arthur Phillip, the founder of Sydney (Phillip Island in Melbourne, and the suburb of Phillip in Canberra are named after him).

It’s not hard to think of famous Philips and Phillips, including poet Philip Larkin composer Philip Glass, self-help guru Dr Phil McGraw, novelist Philip Pullman, singer Phillip Everly from The Everly Brothers, actor Philip Seymour-Hoffman, and record producer Phil Spector, to name a few. Funnily enough, when I think of fictional Philips, most of them seem to be cartoons, such as Philip J. Fry from Futurama, Phillip Argyle from South Park, and Prince Phillip (!) from Sleeping Beauty.

Philip is still getting reasonable use in the UK and US, but while Phillip has a similar popularity to Philip in the United States, in the 300s, Phillip (#709) is far less common in the UK than Philip (#288). One can only speculate why we all have taken a different position in regard to Philip and Phillip. Philip is most popular in Denmark and Norway.

As I already covered my brother Edward’s name, I will mention that Philip was the name my dad chose for my youngest brother, named for his cousin and best friend. Philip’s middle name is Andrew, after my mother’s favourite great-uncle, who was from the Scottish Highlands.

However, both these choices turned out to be superfluous, because almost as soon as Philip was brought home and settled into his cot, my dad said admiringly, “He’s so brown – like a little brown bear”, and from then on he was Little Brown Bear, and eventually just Bear. He never goes by Philip.

(I should probably add that my family are otherwise very fair skinned with light hair, so Philip’s handsome olive skin and dark hair seemed like an exciting novelty to us. This colouring turns up in many families of Cornish heritage, and legend has it that they are descendants of the Spanish Armada, or Moorish pirates, which is almost certainly complete fiction).

Philip is a classic name with ancient roots, a royal history, and a biblical heritage. It has become less common than its surname twin Phillip, although neither is used extensively. It has some great nicknames – if you’re not excited about Phil, there’s always Pip, the hero of Charles Dickens’ Great Expectations, while Philo, Flip and Pippin would also be possibilities.

POLL RESULTS
Philip received an approval rating of 57%. 21% of people saw Philip as too dated and old-fashioned, but 19% thought it was sensible and honest. 10% were put off the name by Prince Philip, while nobody thought the name was snobbish or stuck-up.

(Picture shows Prince Philip with a friend at the Royal Windsor Horse Show last year; photo from The Express).