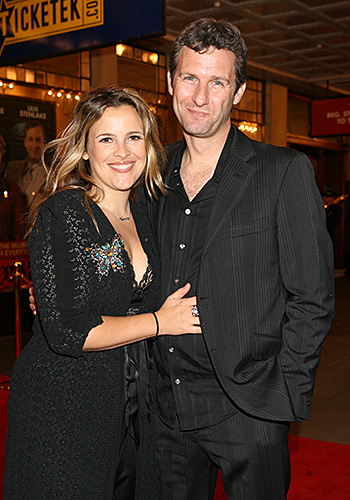 Adam has been working in stand-up comedy since the late 1980s, and has performed at the Edinburgh Festival Fringe, the Melbourne International Comedy Festival, and the Montreal Just for Laughs festival. He is best known for hosting ABC music trivia show Spicks and Specks, and has appeared as a guest on many Australian and British shows, including British music trivia show, Never Mind the Buzzcocks. He had his own weekly ABC chat show, Adam Hills Tonight, which has just come to an end. Adam was born without a right foot and wears a prosthesis, which has sometimes been used as a source of comedy during his stand-up routines; he regularly has a sign-language interpreter at his shows for the hearing impaired. Adam co-hosted the ABC coverage of the 2008 Summer Paralympics, was part of the UK Channel 4 commentary team for the London Paralympics, and co-hosted a review of each day’s events called The Last Leg. He has also written for the BBC’s disability website, Ouch!

Ali is a soprano opera singer, actress and cabaret performer. She studied music at the Australian National University, and completed her Bachelor degree at the Royal Northern College of Music in Manchester on a scholarship. After working in Britain, she joined Opera Australia, and was principal soprano there for several years. Her cabaret shows have been performed at festivals in Australia, Britain and Ireland, her variety show has become a fixture at the Melbourne International Comedy Festival, and she has acted on stage in Australia and Britain. She was a regular guest panellist on Spicks and Specks. Adam and Ali were married in 2009.