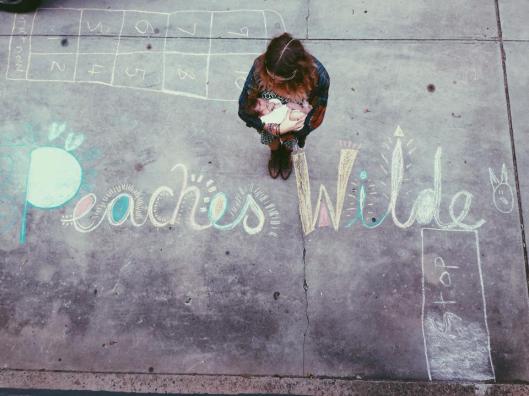 When I looked through my name files, I saw I had quite a collection of stories explaining how babies had received their names. I thought it would be worthwhile to see how other parents go about choosing baby names, as some of their solutions have been quite creative. (You may remember some of these names from the weekly Birth Announcements).

Footy Fever
Baby Aish Barker of Adelaide was named after a famous footballing family where three generations have played for Norwood Football Club. Dad is a massive Norwood fan, and always knew that this child would be called Aish, a name chosen in advance of the birth, regardless of the baby’s gender. Aish is a girl, and her big sister is Teegan. The Aish family feel honoured to have a baby named after them.

Reality Check
Amity McIntosh was born last Easter in Toowoomba, a sister to Dylan. She is named after Amity Dry, who got her big break after appearing on renovation reality show, The Block, in 2003; she and her husband were the winners that year. Through exposure gained on the show, Amity Dry got a recording contract, and has released two albums, as well as writing a musical play. You might remember that the name Amity has just reached the Top 100 in Queensland, so even though Ms Dry is from Adelaide, her name seems to have been a big hit north of the border.

His Name is History
Ethan Forbes Thomas was born in Sydney last autumn, the great-great-great grandson of William Thomas, the first Lord Mayor of Forbes, in country New South Wales. His parents were originally going to use the name William to honour the family connection, but there were already a lot of Williams in their family. They still wanted a name connected to their revered great-great, so chose the name of the town instead. The Thomas family have a strong connection to their family heritage in Forbes, and planned to have Ethan baptised in Forbes in September. Forbes is a very interesting town historically, as it was a gold-rush town in the 19th century. The bushranger Ben Hall was shot near there, and Ned Kelly‘s sister Kate lived in Forbes: she drowned saving an Aboriginal child during a flood, and is buried in the town’s cemetery.

Gender Swap Baby
Sebastian Carvajal was born on Mother’s Day in Melbourne, and was a “surprise baby”, because his parents were told at their ultrasound scan that their baby was a girl. They had therefore painted the nursery pink, bought girl baby clothes, and picked out the name Olivia, not to mention planning trips to the nail salon and dance classes. I remember reading that parents who opt to find out the sex of their baby in advance tend to have very set ideas about gender roles, and this seems like a good example – pink and dance classes for girls, blue and hobby cars for boys! I was interested that they had Olivia chosen for a girl and Sebastian for a boy, because Olivia and Sebastian are a couple in Shakespeare’s Twelfth Night.

Named After Mum’s Cheeks
Rosie Lyn Killalea was born in June in Sydney, and she is named that because her mum’s childhood nickname was Rosie, as she had rosy-red cheeks. Her middle name Lyn is after her great-grandmother, who passed away a year before Rosie was born. Rosie has inherited her mum’s pink cheeks.

Greek Mystery
Aeson Carter Small was born in August in Gladstone, just as his parents returned from holiday. When his parents first decided to start trying for a baby, they discovered that his mother was pregnant just two days later. They picked the name Aeson, because they believed that it was a translation from the Greek for “meant to be”, but I think they must have got it from some dodgy name book, because the meaning of Aeson isn’t known. In Greek myth, Aeson was the father of Jason, and he came to an unfortunate end.

He’s Cruz, Not Acacia
Cruz Zion Petterson, of Sutherland Shire, was born in the car on the way to the hospital. The car was parked on Fauna Place, just off Acacia Road in Sutherland, and some people thought he should have been named Acacia; however the Pettersons didn’t think either Acacia or Fauna were viable options for their son. I wonder if Cruz would have been called Acacia if he was a girl? Cruz wasn’t born in a Holden Cruze, but in a Mitsubishi 380. Cruz has a big sister named Starr and a big brother named Phoenix.

Names From The Best Gift of Life

The Best Gift of Life is a blog that Sarah from For Real Baby Names put me onto. It has interviews with mums, many of whom have interests in fashion, photography, and interior design, about their lives and their babies. One of the interview questions is about how they chose their baby’s name, so I thought I’d share some from Australian families.

Bambi – parents Vanessa and Sean liked the name, and knew she would be the cutest little girl.

Kawa Leaf – parents are Dee and Desmond. Kawa means “river” in Japanese. Dee lived in Japan in her early twenties, and the name resonated with her; she is of Chinese heritage, and in Chinese Kawa translates as “family” + “fine painting”. The middle name Leaf was chosen because at the time of Kawa’s conception and during the pregnancy, the family were living in a garden nursery called New Leaf.

Peaches Wilde – parents Tess and Caleb had the name picked out even while they were dating. Peachy was mum’s nickname, so dad thought Peaches was perfect. The middle name Wilde was chosen because dad is a “wild hearted” stuntman, so the name honours both parents.

Ravi and Nova – two brothers born a year apart to Camille and Dean. Ravi‘s name was chosen at the 14 week mark of pregnancy, but Nova‘s took longer as most of their favourite names got “swiped”. Both parents like unusual names, and Camille comes from a family which includes Afrika, Harmony, India, Nimue and Joaquin, so different names blend in better.

Seb – named after the Spanish city of San Sebastian which his parents Karrie-Anne and Brent fell in love with on holiday. They were never going to call him Sebastian, so used the short form, Seb.

(Picture is of Peaches Wilde with her mother Tess; photo from The Best Gift of Life)