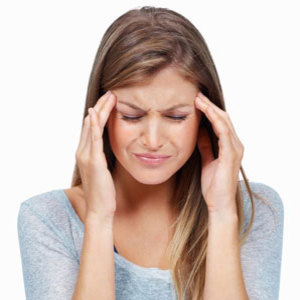 Rachel and Nathan are expecting their first baby at the end of the year, and are having some difficulties deciding on a baby name. Rachel and Nathan like old-style and vintage names that aren’t too common, but not too strange or made up.

For a girl, they have pretty much decided on Lottie Grace. At first, Rachel was concerned with how it sounded with their surname, which is a long one ending in an -ee sound, such as DuHannitay. However, she feels happy with it now, and Nathan likes it as well. They chose Grace because it sounds nice with Lottie, but would be open to hearing other middle name suggestions.

Rachel’s first choice was Frankie, but Nathan didn’t like it, and then Rachel rather went off it as well. She also likes Audrey, Millie, Poppy, Elsie – but Lottie is definitely the front runner. Names that they like but can’t use for various reasons include Clara, Edie, Lucy, Hattie, and Maisie.

The real problem is boy’s names. Nathan doesn’t seem keen on many of Rachel’s suggestions, and Rachel is starting to feel that the harder she looks for names, the more confused she feels. These are the names they have discussed so far:

Albie: Rachel likes it, Nathan isn’t sure
Alfie: Nathan prefers this to Albie, but Rachel thinks it’s getting too popular, and dislikes the short form Alf
Arthur: Rachel likes it, but thinks it might be a bit much, and Nathan dislikes it; they don’t like short forms of the name such as Art or Artie
Clem: has been vetoed by Nathan
Jimmy: Nathan likes it, Rachel doesn’t mind it
Max: has been ruled out because it’s too common
Rex: it’s okay, but neither of them love it
George: Rachel has always really liked it, but feels it might be getting a bit too common

Names they like but can’t use include Charlie, Spencer, Louie, Lenny, and Vincent.

The middle name hasn’t been settled yet. They have a family name Bernie (Bernard) in mind, which could be used, but if it doesn’t fit with the name, would drop it for something else.

For boy’s names, I can see why you’re having problems. First, you haven’t agreed on many names, and even the agreements have been a bit half-hearted. That might be a sign you have to compromise. Sometimes you get to pick a name that you both love, and sometimes just one of of you likes the name, and the other one can live with it. Or maybe both of you are just okay with the name, and that might work too – you can learn to love a name as your son grows into it.

There’s something I notice with people who say they “can’t think of any names”, or “don’t really like any names”. What they tend to have in common is a lot of rules restricting their choices, so that the pool of baby names to consider is more of a teaspoon.

I always give a little inward sigh when someone tells me that what they want is an unpretentious traditional name that isn’t weird or unusual, but not common at all. In fact, it can’t even become common in the future. In other words, they want a nice normal name that’s exactly like everyone else’s baby name, but they don’t want anyone else to have actually chosen the name for their child, or to do so at a later date.

That’s a tall order. And once they find the four or five names that might fit this paradoxical profile, what are the odds that they even like those names, let alone love them?

Looking at some of your comments on the boy’s names you’ve discussed, I see that Alfie, which is around the #200 mark, is already “too popular” for you, while classic and gently rising Arthur might be slightly over the top. The name that you really like, George, is too common, and Rex, which fits every single one of your requirements, just gets a “meh”.

I confess to being stumped, and I’m not surprised that you’re stumped as well. I  think something has to give – either you start liking names that are a bit more unusual, or you accept that the names you like are gaining in popularity. It’s very hard to force yourself to be attracted to names that aren’t your style, and it would be much easier to come to terms with name popularity, and maybe even discover it’s not such a spooky bogeyman after all.

Let’s have a look at those names which you might actually use, and see if some of their problems aren’t so bad.

Albie or Alfie
You both seem to like the similar sounds of these two names, with Rachel suggesting Albie, and Nathan preferring Alfie. I’m not sure either of you have convinced the other, although I really don’t think Alfie is too common – I wonder if the idea of someone nicknaming him Alf is the real problem?

Albie made me think of Paddy, Rory and Finley, while cheeky Alfie reminded me of a list Elea has at British Baby Names called Lively Lads. I wonder if any of these names might appeal, such as Freddie or Ollie?

Jimmy
This seems like a genuine possibility, with Nathan liking it and Rachel okay with it. It does seem like a boyish version of Lottie, as both are pet forms of very popular names (James and Charlotte). It fits all of your requirements, and is a real charmer of a name. Other names that seem similar are Johnny, Billy, Sonny, Gus, and Ted.

Rex
Poor old Rex – it’s everything you’ve asked for, yet neither of you are that keen on it. That suggests that your feelings for a name are much more important than how many boxes it ticks. Names that remind me of Rex are Roy, Stanley, Victor, Leon, Lawrence, and Theodore.

George
And then there’s George, which Rachel has always liked. Wouldn’t it be wonderful to give your son a name that you’ve always had warm feelings for? And if you’re worried about it becoming too common, here’s something to consider. It already is common. Which sounds like a bad thing, except that here’s something else to consider. It’s always been common. George has never been out of the Top 100, making it one of those sturdy, reliable classics where you don’t have to worry about them becoming popular, because there’s never been a time they weren’t popular. Doesn’t that give you a feeling of security? And it hasn’t been higher than #50 since the 1980s, so it’s popular, but not too popular. Isn’t that a comforting thought?

I think your worries about popularity have made it so hard to think of names that it’s worth starting from scratch, and this time don’t think about how popular a name is at all, or how much more frequently you’ve seen it lately.

I’d like to see the two of you each write down ten boys’ names you really like – names that you can imagine giving your son, names that fit well into your family, names that feel right. Then compare lists, and see if there are any names you’ve both chosen. If so, that’s a great starting point. If not, perhaps there are points of such similarity that you can reach a compromise together.

You’ve got a fair way to go before your due date, so you have time to write in for another blog consultation if you would like one. And take heart – you’ve already chosen a fantastic girl’s name that you both like, and which fits all your needs, so there’s no reason you can’t be just as successful choosing a boy’s name.

UPDATE: Unfortunately Rachel never got back to me, and when I tried to contact her, her email had been disabled.

POLL RESULT: The public’s choice for a boy’s name was George with 35% of the vote, and Alfie was not too far behind on 30%.

10 thoughts on “Boy’s Names are Giving Them a Headache! Can You Help This Couple Find a Pain-Free Boy’s Name?”