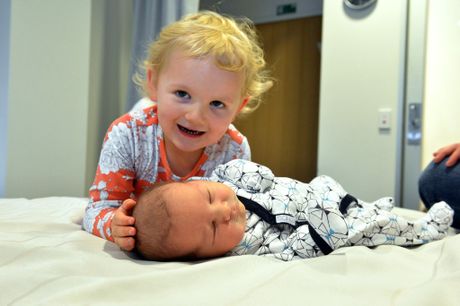 August’s middle name, Louis, is in honour of someone very special – the family’s much loved pet shih tzu.

August’s sister Avalon was quite sure that he was going to be a girl, and had already chosen the name Rosie Swimming Pool for her new sister. Apparently she has suffered a genuine disappointment that her name choice won’t be used. Perhaps Avalon will be one day start her own name blog.