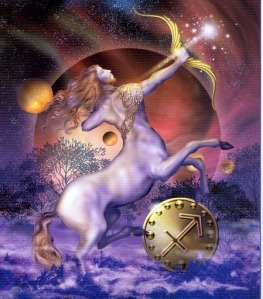 Louise and Ross planned on naming their first child Barnaby, but were worried that their pet dog Barney would clash with this, or make it seem ridiculous. Louise wrote in to ask for people’s opinions, and also to see whether they liked their second choice for a name, Jasper, any better.

When they went to the hospital, they were quite convinced that their baby’s name was either going to be Barnaby or Jasper – they even considered Barnaby Jasper or Jasper Barnaby as options. However, once their little boy was born, something happened – they both knew that neither of those names was right for him! They looked into his eyes, and he didn’t seem like a Jasper or a Barnaby at all.

Louise explains: We both love Barnaby and like Jasper, but as it turned out, we didn’t love or like those names for our son. They were perfect on paper, and would be lovely for someone else, but not for our baby.

They started their whole name search again from scratch, but this time it seemed much easier, because it was a practical exercise, rather than a theoretical one. Suddenly all kinds of names they had earlier rejected seemed possible.

Within two days of leaving hospital they had decided on a name, and their son is

The name Archer suggested itself because their son’s zodiac sign is Sagittarius, and Lennox is a family surname which gives Lenny as a “back up” name if needed. Louise and Ross are big believers in Plans B!

They have had mostly positive feedback from friends and family, who have nearly all immediately dubbed the baby “Archie“. Louise and Ross are completely happy with the choice they made, although things didn’t work out exactly as they expected.

Congratulations to Louise and Ross on their first child, who has a handsome name even if it did come as a bit of a surprise!

Remember that it’s a great idea to take a little list of possible names to the birth of your child, but you’re not obligated to stick with any of the names after the baby is born. It’s just a list, not a contract, and you are completely free to change your minds.

Have you written into the blog with a name dilemma and then changed your minds once the baby was born? We don’t mind a bit if you ignored our opinions, or went in a completely different direction – we just want to know that you’re happy with the name you eventually chose. Send us your name updates!

5 thoughts on “Name Update: They Completely Changed Their Minds”