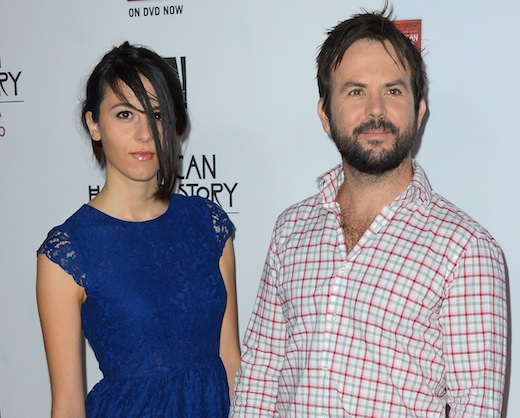 Actor and comedy writer Jason Gann, and his wife Alejandra Varela, welcomed their first child on August 13, and have named their son Xano William. Xano is a Brazilian short form of Alexandro, a masculine form of Alejandra’s name, while William is Jason’s own middle name. The name is pronounced SHAH-no.

Jason first gained national attention when his short film Wilfred won Best Comedy and the People’s Choice Award at Tropfest in 2002, while Jason himself gained Best Actor in that year and the next. He went on to write and star in 52 episodes of TV sketch show The Wedge, as well its spin-off show, Mark Loves Sharon.

In 2007 he wrote and starred in the TV series Wilfred, based on his short film. Both seasons won awards at Tropfest, and he received AFI Awards for Best Comedy and Best Screenplay in a Television Series. In 2010, Wilfred was sold to a US TV network and redeveloped for the American market, with Jason co-starring with Elijah Wood.

Alejandra is a Spanish-born actress and model; she and Jason were married in February this year.