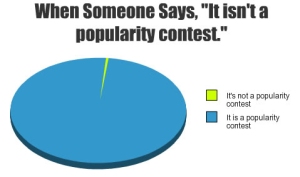 With all the state and territory data out before Easter, this seems the perfect time to cover those questions people have asked about name popularity.

In a way, it’s a bit pointless, because all the data is out, and these questions can be answered by accessing information on the blog under Links to Name Data, or under the category archive for Name Data.

However, I did think it might be interesting for others to know what names people were most concerned about. In some cases, they could indicate names that are on the rise.

I couldn’t answer all the questions Googled to reach the blog, but I gave precedence to those searched for multiple times, those asking about Australian data, and those asking specific questions.

How many baby girls were named Bonnie in 2012, and in which age group is the name Bonnie most popular?

There were 54 babies named Bonnie born in Victoria, and 10 in Tasmania, and those are the only states who have data on that name available so far (there were 117 in New South Wales in 2011). Bonnie has never been more popular than it is now, so it is most popular on babies and small children.

Is the name Darcey going up the charts, and is it more popular in the UK?

Darcey doesn’t rank, and there is no evidence of it going up the charts. It is #126 in England/Wales for girls, so I’d say it is more popular there.

Is the name Eva too popular?

It hard to say whether a name is “too popular” – some people think any name that shows up on the data at all is too popular, while other people think the #1 name isn’t too popular to use. Eva is a classic name, in the Top 30 and rising in most states and territories, which makes it fairly popular. It’s really up to you what’s “too popular”.

How popular is the name Fiona in Australia?

Popularity of name Florence in Australia?

Is Hazel a common name, and is it becoming popular?

It’s not common, but on the other hand it’s not rare either. It is currently #264 and rising in popularity in New South Wales, and it is only just outside the Top 100 in Victoria.

Popularity of the name Iris in Australia

Popularity of name Mary in Australia

Popularity of the baby name Millicent in Australia

Is the name Olive popular in Australia, and how popular is it?

It has recently joined the Top 100 in some states, but in some areas it fell in popularity last year, so it’s hard to say right now how popular it will get. It is #99 in New South Wales, #94 in Victoria, and #92 in Tasmania.

When was the name Stacey popular?

Popularity of name Zara in Australia for 2012

Popularity of name Banjo in Australia

It is #376 in Victoria, which is the only state to have data available for that name.

Is the name Callum becoming popular in the United States?

I wouldn’t say so. It is in the 800s and apparently stable. Compared to Australia, the United Kingdom and Ireland, where it’s a Top 100 name, it doesn’t seem popular to me at all there.

Is Darcy popular as a boy’s name in Australia, and how popular is it?

It is just outside the Top 100 in New South Wales, and falling in popularity. It is #74 in Victoria, #60 in Queensland, #50 in Tasmania, #50 in Western Australia, and #56 in the Australian Capital Territory.

It is #347 in Victoria, and that’s the only state with data on the name available.

Is the baby name Flynn becoming popular, and how many boys have the name Flynn in Victoria?

I’d say it is already popular, as it in the Top 100 and rising in almost every state and territory. 389 boys named Flynn were born in Victoria between 2010 and 2012, and there were almost a thousand born in the 2000s, so there are quite a few little Flynns out there.

Is Hamish a common name in Australia?

Popularity of name Jake in Tasmania

Popularity of Jed as a boy’s name in NSW

Popularity of the name Nash in Australia

It is #177 in Victoria, which is the only state to have data available on that name.

How common is the name Taj in Australia?