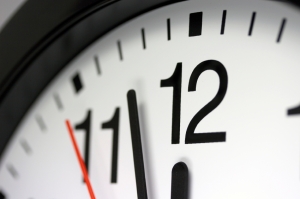 Sarah and Rupert are expecting a baby girl, due in only a few days. They always agreed that their first daughter would be named Isabella, which is a traditional name in Sarah’s family. However, as time went on, the name Isabella became extremely popular, and also associated with the Twilight phenomenon, so Sarah grew less enthusiastic about using it.

Sarah’s solution was to use the name Isabel, which is traditional on the other side of her family. She and Rupert like its simplicity, and they plan to use another family name in the middle position.

However, with just a few days to go, Sarah is wondering if they have chosen the right name for their daughter. Although Isabel is towards the bottom of the Top 100, if you add up all the Isabellas and Isabelles, that makes quite a few girls called Issy or Bel. Sarah wonders if the name Isabel is really distinctive enough.

Sarah likes names in the style of Sibella, Arabella and Violet; Rupert prefers names like Molly, Ebony and Lila. As such, they haven’t really agreed on many names. The only other names Sarah and Rupert have agreed on are Camilla and Clementine. The Duchess of Cornwall puts Sarah off using Camilla, and for some indefinable reason, she can’t quite commit to Clementine.

Sarah wonders whether a personal meaning or family association is more important than popularity, and whether they should just stop discussing it and go with Isabel. She wants something classic and unique, yet can’t quite find it … and if she started meeting lots and lots of little Isabels she wouldn’t be happy about it.

Sarah has a very popular name, and it never bothered her, and Rupert loves his unusual name, so they know that children can be content with their name whether its common or rare. Sarah and Rupert have a nice solid one-syllable surname, such as Mack or Holt.

Sarah’s sisters, who have children already, tell her that once the baby arrives, she won’t give a thought to any of these worries, but right now they feel like genuine concerns!

I think that you might just be having last-minute jitters. Like someone getting nervous before their wedding, you may be slightly anxious about committing to the name Isabel for life. You wonder if you’ve made the right choice – what if things don’t work out the way you hoped? And could there be a better name out there that you haven’t thought of yet?

The good news is that you are in a much better position than someone having doubts about their wedding. Unlike a wedding, you get to have the baby first and then decide if the name seems right. You don’t have to make any commitment until the baby arrives, and you get a good long time to make your mind up after the birth. Most importantly, the name Isabel won’t be heartbroken if you decide to go with another name instead.

At this stage, I believe it’s too late to be actively searching for, and arguing about, a different baby name. I think Isabel [Middle Name] [Surname] is a really delightful combination: one that’s a nice balance between pretty and feminine, and neat and sensible, and could belong to a wide variety of girls. It doesn’t sound like a name that someone has to live up to, or pull off, or get used to. To me it seems like a name that isn’t boring, but would be easy to live with.

My advice would be not to think any more about the name. Wait until the baby is born and then see how you feel about calling her Isabel. Once you have a baby to hold in your arms, it all becomes a lot more real. I truly believe that if Isabel is not the right name for your daughter, the perfect name will come to you by the time she arrives.