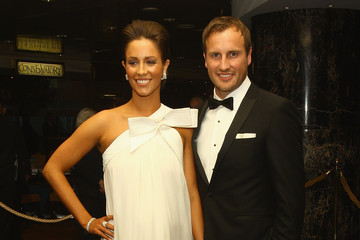 Jude plays with the Sydney Swans, and has been with them since 1999. Lynette is a wedding and event planner, and is part of the reality TV show WAG Nation, on Foxtel. The show looks at the private lives of the wives and girlfriends of Australian sports stars. She is a supporter of animal welfare charities. Jude and Lynette met in 2005 and were married in January 2010.

Although Siarra looks like a variant of Sierra, in this case it’s probably a variant of the Irish name Ciara.

Siarra Bolton is the first celebrity baby girl to be announced for 2012.