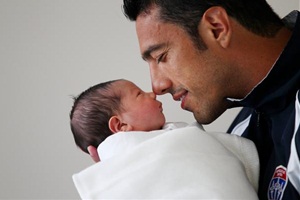 Tiago is a Brazilian soccer player and holds Italian citizenship. He joined the Newcastle Jets at this start of this year’s season. Tiago says that the birth of his son has made his move to Australia complete.

(Story and photo from the Newcastle Herald, December 3 2011).