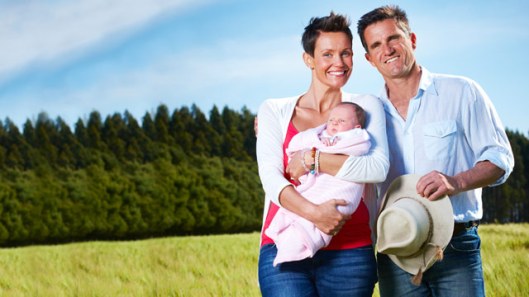 Recently we featured new babies from The Farmer Wants a Wife, and here is another. Rob Hodges runs a beef and sheep farm in Mount Gambier, South Australia, and Jo Fincham was a newspaper photographer from Melbourne when they met on the second season of the rural dating show. Rob and Jo have been married for eighteen months, and had their first child during the winter – a daughter named Darcy.

While some of the women from the show have admitted to having trouble adjusting to farming life, Jo is much happier and healthier since moving to the country, and loves being a mother.