To complete the entries for Baby Loss Awareness Week, I’m going to cover those celebrities who have unfortunately lost newborn babies during 2011. As we saw yesterday, many thousands of couples will suffer pregnancy or neonatal loss each year, and fame is no protection against this heartbreak.

On January 21, the prop forward for the NSW Waratahs rugby union club, Sekope Kepu, and his wife, Anna, had a stillborn son. Sekope’s mother chose the name Wesley for him, after Wesley College, the school that Sekope attended in Auckland where he was captain of the rugby team. Anna had wanted to call the baby Israel, because Sekope’s name is the Tongan form of Jacob, and in the Old Testament, Jacob was renamed Israel by an angel. However, the couple have decided to keep that name for a future son.

The Kepus have a three-year-old girl named Faith-Rose, and Sekope felt that he had to stay strong for his wife and daughter; he only broke down when he had to share the news with his parents. The Kepus, who are a relatively young couple, gained crucial emotional support from their parents, and from their church group. They say they want more children, if that is part of God’s plan, and visit Wesley’s grave every second day; the headstone reads, “Love to Wesley”, in Tongan.

Last month, the Kepu family travelled to New Zealand to make an official visit to Wesley College, where Sekope received a hero’s welcome, made an inspirational speech, and treated them to some of his famously powerful singing.

(Stories from Sydney Morning Herald, March 12 and September 15 2011; photo of the school visit from zimbio.com) 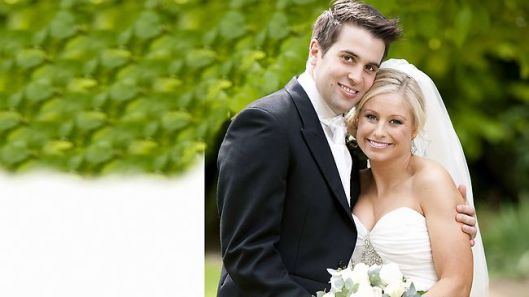 Alisa and Oliver went public with their story in late May, giving interviews to Channel 9’s A Current Affair, and Woman’s Day magazine. They announced that they were setting up a charity called Finnan’s Gift, organised through the Royal Children’s Hospital, to help raise money to buy equipment to detect heart defects in other babies. They want Finnan’s life to stand for something, so that the world will never forget him, and because they don’t want other babies to suffer the same way.

Finnan’s Gift has already raised $300 000, which will be used to buy an echocardiology scanning machine. Alisa and Oliver officially unveiled the machine yesterday, October 20. Alisa says that Finnan’s Gift gave them a positive outlet for their grief, and offered them a lifeline when they were at their lowest point. They feel that the public support has helped keep them going emotionally.

Alisa and Oliver were married in January, and in July they said they plan to have more children when they are ready.

On July 25, the co-captain of the Sydney Swans football team, Jarrad McVeigh, and his wife Clementine, had a baby girl called Luella. Born with a serious heart condition, Luella passed away on August 24 at Westmead Hospital. Not only Jarrad and Clementine, but the whole team mourned the loss of Luella, and counselling was made available.

In the first match since the tragedy, on August 27, the Swans caused one of the biggest upsets of the season, defeating Geelong at its home ground, where it had not lost in 1462 days. Both the Sydney and Geelong players wore black armbands as a mark of respect.

Jarrad’s older brother Mark plays for Essendon, and the Essendon players also wore black armbands in the same round. Mark paid tribute to Luella by “blowing a kiss to the heavens” following his team’s dramatic win over Port Adelaide. Mark had a baby daughter called Ariana last March.

Their loss still recent, Jarrad and Clementine continue to grieve in private with the support of their club.

6 thoughts on “Sad Celebrity Baby News (contents may cause distress)”