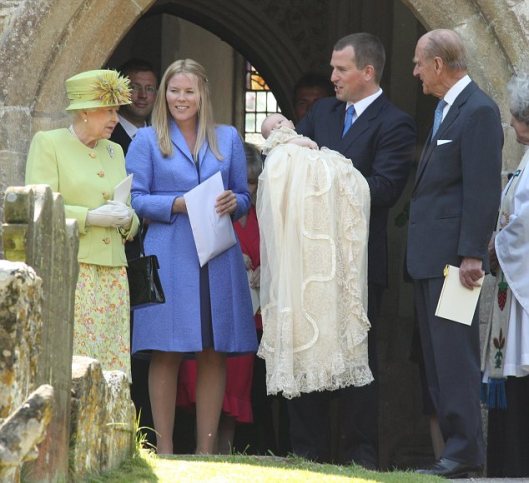 Another royal christening took place on Saturday April 23. The Queen’s first great-grandchild was born on December 29 2010 to Peter Phillips, son of Princess Anne, and his Canadian-born wife, Autumn Phillips.

The names of royal babies are not usually made known to the public until they are christened, but at a church service on January 2 2011, the rector welcomed Peter and Autumn Phillips and their daughter Savannah, and offered a prayer for them.

Savannah Phillips’ christening was held at the Church of the Holy Cross at Avening in Gloucestershire, near the home of Princess Anne. Baby Savannah is 12th in line to the throne.

UPDATE: Savannah’s full name is Savannah Anne Kathleen – her middle names are after both her grandmothers.