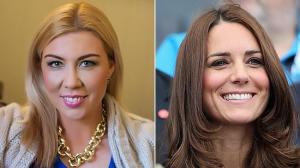 It’s not often that an entry in the birth notices of the newspaper is reported in the media, but one in Brisbane’s Courier Mail this week has gone viral and made the news section of KIIS FM’s website. It retracts the name given to the child nineteen years ago, and informs the world of their new one. Here’s the full text, which is accompanied by a photo:

In 1995 we announced the arrival of our sprogget, Elizabeth Anne, as a daughter. He informs us that we were mistaken. Oops! Our bad. We would now like to present, our wonderful son – Kai Bogert.

Loving you is the easiest thing in the world. Tidy your room.

The message of unconditional love is warming hearts, while name nerds must be excited about a new way of relaying name information.

Another name change story from the AFL’s website. Brazilian-born Collingwood star Harry O’Brien has reclaimed his birth name at the age of 27, and from now on will be known as Heritier Lumumba. When he was nine, he had his surname changed to his stepfather’s surname of O’Brien, but has decided to revert to his biological father’s Congolese surname. He explains:

Heritier has found connecting with his original name quite empowering, and feels that it is more truthful to go back to where he started. His team mates have been supportive, and are gleefully anticipating hearing the commentators pronounce his name.

Do you know someone who has the exact same name as someone famous? One of my uncles has the same name as a prominent businessman in his city, and he has had to get used to hearing his name on radio and TV advertisements. And once at the airport he obediently trotted over to the front desk as requested by the loudspeaker, only to find the message wasn’t for him after all, but for the other man. By the time they got it sorted out, he had missed his flight.

A few months ago, news.com.au had a feature on ordinary Australians who have the same name as celebrities. Apart from everyone thinking it must be new information for you (“Did you know you have the same name as Jessica Simpson?”), the main drawback seems to be how difficult it is to get noticed online, as your social media profiles and websites get sent to the back of the queue by the sixteen billion jagillion hits for your more famous namesake.

The main perks were the ability to get through to absolutely anyone on the phone due to the star power of their name, and to get good tables at restaurants. In two cases, the ordinary person met or had contact with their celebrity namesake, and got an extremely frosty reception, or were forced to change their name professionally – apparently celebs don’t like us common folk “stealing” their names!

A common theory is that people’s names will influence their destiny – the old Your daughter won’t be a doctor if you call her Candy Starr routine. That does of course call into question why everyone named Catherine Middleton isn’t married to a prince – shouldn’t everyone with the same name have the same destiny? On the other hand, there are occasionally a few intriguing parallels between the famous and not-so-famous.

Kerry Parnell from the Sunday Telegraph muses over all the people in the world whose name, which seemed so normal to their parents when they wrote it on the birth certificate, attracts unwanted attention or ridicule. She’s talking about people like Isis Leskien, who was mentioned in a previous bout of Name News, and found her name is now frowned upon. Kerry notes she knows a parent of another Isis who has changed her daughter’s name.

Then there’s the Harry Potters, the Justin Biebers, and the Edward Snowdens of the world – talking of sharing your name with someone much more famous than you, sometimes for reasons you don’t want to be associated with, especially when proffering your passport. And the people whose name is perfectly reasonable in their own country, but once they travel abroad, find that Kim Dong-Suk, Mario Turdo, or Argelico Fucks is greeted with sniggers.

Kerry herself had problems with her name when she emigrated from Britain to Australia twenty years ago, and discovered to her surprise that she now had “a man’s name”, thanks to the very powerful and famous businessman Kerry Packer. Kerry wonders if a Sydney doctor named Kerri Parnell is ever embarrassed by sharing her name.

Ms Parnell has brisk advice for those saddled with such names – change it or own it. She obviously decided on the latter course.

They All Have the Same Name

And then there’s people who share the same name, and love it. The first Shirley Club was formed in Western Australia in 1996, with others following their lead nationally and worldwide. The ABC reported that the Port Augusta Shirleys held their twice-annual luncheon in October, with a dozen ladies named Shirley meeting at a local hotel.

They know only one child named Shirley in Port Augusta, so understand that the club has a definite shelf life. However, perhaps in the future there will be an Emily Club, or an Ava Club to replace them. By the way, only women ever seem to start these clubs – I have yet to hear of a group of men forming the Happening Harolds or the Brian Brigade. Why is this?

(Photo shows two Kate Middletons – can you spot the difference?)