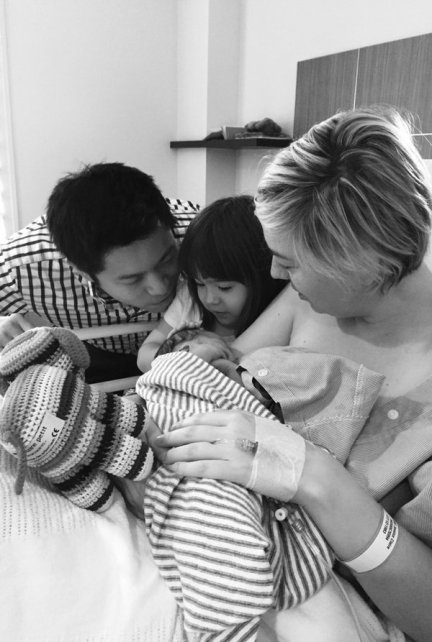 Meteorologist and weather presenter Magdalena Roze, and her fiance, chef and restaurateur Darren Robertson, welcomed their first child on December 11 and have named their son Archie Bob. Magdalena is an award-winning meteorologist who has worked for both the Weather and Channel and Channel Ten. Currently she runs her own climate and lifestyle blog, and writes food reviews for publications such as Delicious and Sunday Style. Darren is head chef and co-owner of the Three Blue Ducks cafe in Byron Bay.

Author Jessica Rudd, and her husband, investment baker Albert Tse [pictured], welcomed their second child on December 21 and have named their son McLean George. McLean joins big sister Josephine, aged 3; Josie’s birth was featured on the blog. Jessica is the daughter of former prime minister Kevin Rudd. She and Albert have recently relocated from Beijing to Brisbane, from where Jessica launched her online business Jessica’s Suitcase, which sells Australian mother and baby products to China. She is also a mummy blogger on popular Chinese social media platform WeChat.