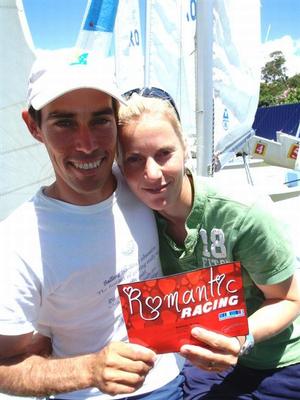 Sailing champions Mathew and Rike Belcher welcomed their first child on September 4, and have named their son Anton Rolf.

Mathew or “Mat” Belcher is an Olympic Gold Medallist in the 470 class Dinghy. Mat carried the flag during the closing ceremony of the 2000 Sydney Olympics, competed at the 2008 Olympics in Beijing, and won gold at the 2012 Olympics in London, with fellow crew member Malcolm Page. Mat was named Australian Sailor of the Year last month, and recently won the (male) World Sailor of the Year Award – just the second Australian to have won the award in 19 years.

Friederike or “Rike” Belcher (nee Ziegelmayer) is an Olympian sailor, also a world champion in the 470 class. She has competed both for Australia, and her native Germany.