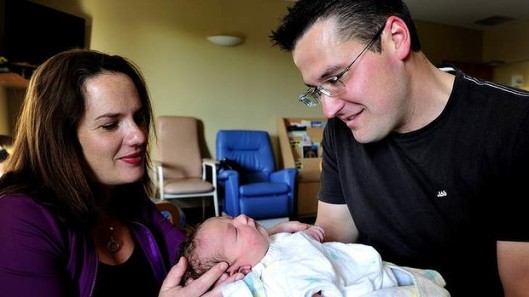 Zdenko or “Zed” was a member of the Australian Capital Territory Legislative Assembly from 2004 to 2013, and was Opposition Leader from 2007 to 2013. He won the electorate of Brindabella in last year’s territory elections, but this year he stood down as party leader to run for the senate in this year’s Federal Election, which is on September 7.

Zed’s campaigning duties have been scaled back because of Grace’s birth, and he is visiting the hospital several times a day. Ros and Grace will be leaving hospital soon.