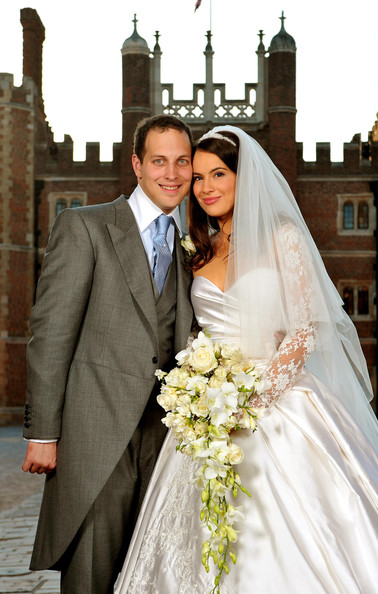 Lord and Lady Frederick Windsor welcomed their first child on August 15, and have named their daughter Maud Elizabeth Daphne Marina. Maud Windsor was born at Ronald Reagan UCLA Medical Center in Los Angeles, and weighed 7 lb (3.2 kg). The baby is 42nd in line to the throne.

Lady Frederick Windsor is an English actress known professionally as Sophie Winkleman; she is the daughter of children’s author Cindy Black. Her career includes work on stage, television, film and radio, and she has had a recurring role on US sit-com Two and a Half Men. Lord and Lady Windsor were married in Hampton Court Palace in 2009.

Elizabeth is in honour of Queen Elizabeth II.

Daphne is in honour of Lady Frederick’s grandmother, who she was very close to.

Marina is in honour of Princess Marina, Duchess of Kent, the mother of Prince Michael of Kent, and the baby’s great-grandmother. Princess Marina, who was born Princess Marina of Greece and Denmark, was the most recent foreign-born princess to marry into the British royal family, which occurred in 1934. She was known for her great sense of fashion and style.