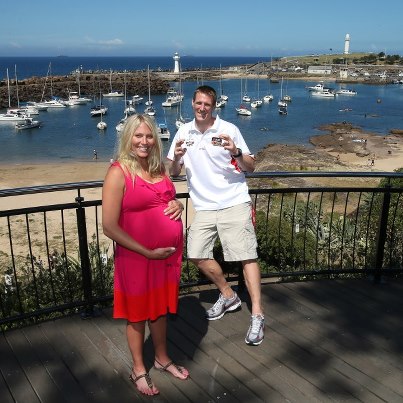 Dave plays for the Wollongong Hawks. Dave and Kara are both originally from Iowa in the United States, and became Australian citizens almost two years ago.