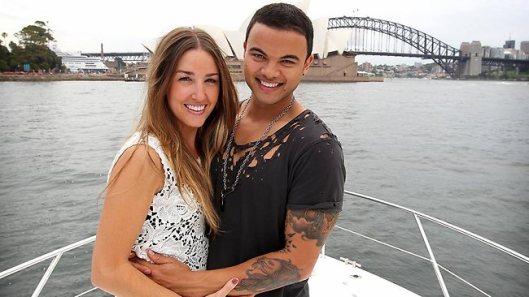 Pop star Guy Sebastian, and his wife Jules, welcomed their first child on March 3; a boy they have named Hudson James. Hudson Sebastian weighed 2.7 kg (6 pounds) at birth. Guy has revealed that they chose the name Hudson after the Hudson River, as they love New York and its river is their favourite thing about it.

Guy was born in Malaysia of Sri Lankan, British and Portuguese descent, and moved to Australia as a small boy. He sang and taught music in his Pentecostal church choir, and his career took off after he won the first series of Australian Idol in 2003. He has released six top ten platinum or multi-platinum albums, eight top 10 singles, including five number ones, and four of his singles have gone multi-platinum. His song Angels Brought Me Here was the highest-selling song in Australia in the past decade, and he has won six ARIA Awards. Guy has performed for Pope Benedict XVI, Queen Elizabeth II, and Oprah Whinfrey. Amongst his charity commitments, he is an ambassador for World Vision Australia, Golden Stave, and the Australian Red Cross. He has been a mentor on It Takes Two, and a judge for The X-Factor.

Guy met his wife Jules at church when they were both teenagers, and they have been dating since his university days. They were married after a lengthy courtship in 2008.

Jules’ pregnancy became the worst-kept secret in show business when Guy’s fellow judge from X–Factor, Ronan Keating, accidentally blabbed it to the media. Guy was reportedly furious, but I’m sure by now he’s forgiven him. 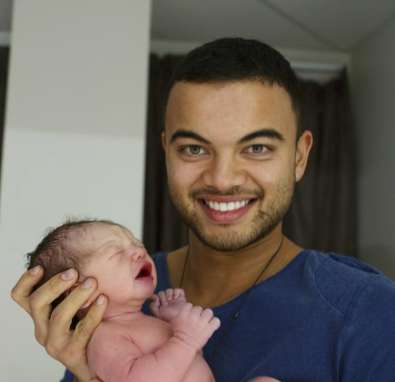