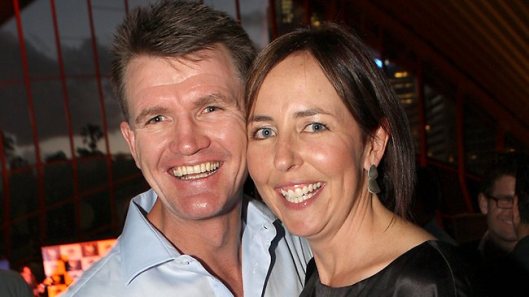 Liz was a member of the national netball team from 1992 to 2007, and captain for the last four of those years. She was also captain of the Sydney Swifts from 2000 to 2007. She has enjoyed a successful media career, being a popular presenter and panellist. Currently, she is a netball commentator and panellist for ONE HD. Matthew played for the NSW Waratahs.

Liz and Matthew wanted a “girlie, old-fashioned” name for their daughter, and both of them loved the name Evelyn. Audrey is Matthew’s mother’s name. They call her Evie for short. Evelyn is their first child, and the couple would like more children.