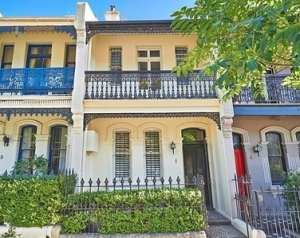 Family movies as a Christmas season treat is a tradition I really look forward to, and already we have been to see two films based on children’s books with Australian stars: Alexander and the Terrible, Horrible, No Good, Very Bad Day, with Ed Oxenbould as the hero Alexander, and Paddington, with Nicole Kidman as the villain Millicent.

Paddington is surely Britain’s favourite illegal immigrant – a polite stowaway bear from darkest Peru with a penchant for marmalade sandwiches, who is found by the Brown family at a railway station, with a note reading: Please look after this bear. The Browns take the bear home to 32 Windsor Gardens and name him Paddington, after the railway station where they found him (his Peruvian name of Pastuso is apparently too difficult for English-speakers to pronounce).

Michael Bond was inspired to write the Paddington stories by a lonely-looking teddy bear he bought as a present for his wife, and named after the railway station close to their home. The first book was written in the 1950s, and Michael Bond was influenced by his memories of evacuated children during the war, often left at railway stations with a label around their necks to identify them. Surely he was also influenced by increased post-war immigration to London – Paddington’s best friend is a Hungarian shopkeeper.

Without giving away too many spoilers, the movie has all the warm-hearted charm and humour of the books, including lots of jokes for the adults watching. However, it has a touch more darkness and a lot more adventure (much needed, as the books’ big adventures tend to revolve around going to the shops or the cinema). Somehow the movie manages to have some of the books’ sadness, because despite the comedic chaos, there was always a poignancy to Paddington’s situation.

Paddington is a district of central London which began as a Saxon village on the city’s outskirts. Even in the early 19th century, Paddington was surrounded by open fields and meadows.

For many years, the area had a dark connection, because it was in this neighbourhood that the notorious Tyburn Tree, or gallows, was set up. This was the main place for public executions from medieval times to the late 18th century, a spectacle which attracted thousands. A “Paddington Fair Day” meant an execution day, while “to dance the Paddington Frisk” meant to be hanged.

Paddington’s development began in the 19th century, with the canal and the railway station. Paddington Station was designed by the famous engineer Isambard Kingdom Brunel, and today there is a statue of Paddington Bear on platform 1. You can also buy a Paddington Bear stuffed toy from Paddington station, with a label asking you to please take care of this bear. These toys were first created by Jeremy Clarkson’s mother, making enough money to send Jeremy to a private school, and also providing him with his first job as Paddington Bear salesman.

The Victorian era was Paddington’s heyday, when it was described as a “city of palaces”. With its grand terraced houses overlooking Hyde Park, and its garden squares, it became a highly fashionable address. Many famous people have lived in Paddington, including Robert Browning and Winston Churchill, and more recently, Emma Thompson and Tony Blair.

The name Paddington is believed to mean “Padda’s farm”. Padda doesn’t seem to have been a common Anglo-Saxon name, but enough examples exist to show it is genuine. The meaning is not certain (it may be a variant spelling or shortening of another name), but one theory is that it came from the Old English word pad, meaning “toad”. Toads were considered magical creatures in ancient Europe (we still think of witches and wizards as having toads for familiars), and this makes me wonder if the name Paddington is a little more mystical than it might appear at first sight.

Paddington is also an inner-city suburb of Sydney, about 3 km from the CBD, and named after the London area because of its similarly close proximity to the city centre. When the Victoria Barracks army base was built here in the 19th century, the village of Paddington sprung up to house artisans and labourers who worked to build the barracks. It grew rapidly, with large estates filled with terraced housing, and by the early twentieth century was thriving.

During the Great Depression, Paddington became a slum, but after World War II its fortunes changed as European migrants moved in to the suburb, finding it cheap and conveniently located. In the 1960s, students and artists arrived to add bohemian flair, and it also became part of the gay “scene”, with the first Mardi Gras parade marching proudly down Oxford Street in 1978.

As the suburb became gentrified, Paddington’s Victorian architecture meant that it was protected as a heritage area, and these days “Paddo” is fashionable and upmarket. The main streets are filled with art galleries, trendy stores, boutiques, antiques, and interior designers, while artists and craftspeople hawk their wares every weekend at Paddington Market.

There is another Paddington in Brisbane, which is likewise inner city, and has a similar history to the one in Sydney. There is also a gold mine in Western Australia called Paddington.

The name Paddington is not often found in historical records, but use goes back to the 18th century, and is almost certainly prompted by the surname Paddington rather than directly after the place in London. It is much more common as a middle name, and in Australian records, is found extremely rarely, and only as a middle name.

So that’s Paddington – a rare name, but a genuine one, with some history of use even in Australia. It is very closely associated with the famous bear, but that might be exactly the reason a Paddington fan wants to use the name, and Paddington is such a nice bear. In Australia it will remind people of the Sydney suburb, but again, it’s a fashionable area with positive associations.

When I did a couple of minutes idle searching online, I found not just one, but two people considering the name Paddington for a baby – one of them Australian. I have to admit their tentative idea was shot down pretty hard by others, so there doesn’t seem to be much support for the idea of a baby named Paddington.

However, I think it could make an awesome middle name, and if you have your heart set on a little Paddington, Paddy would make a cute nickname. Far be it from me to tell people not to name children after fictional bears.

POLL RESULT
Paddington received an approval rating of 63%. 36% of people didn’t mind the name Paddington, but 24% disliked it. Less than 10% of people loved the name.