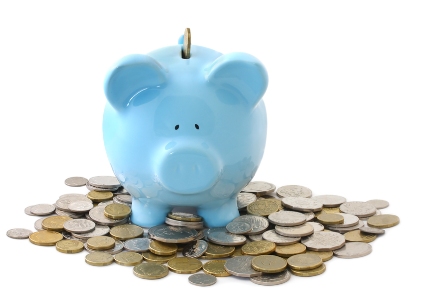 It’s been reported in the news a lot recently that Australians, after years of going crazy on credit, have finally started saving money.

Morning television show, Sunrise, featured a story July 15  on a Brisbane family who went on a “financial fast”. Worried by their spiralling credit card debt, Michelle Taylor and her husband, John Tweedy, decided not to use their credit card for a year, and only spent money on essential items, such as food and health needs. During that year they didn’t buy anything new, and by the end of the 12 months, had saved $12 000, which they plan to spend on a backyard swimming pool in order to enjoy more family time together.

Michelle and John have picked our rather interesting names for their three daughters. Lily, aged 12; Scotia, aged 9; and Sappho, aged 3.

While we’re all familiar with popular Lily, the names Scotia and Sappho are more unusual.

Scotia, pronounced SKOH-sha, is the Latin name for Scotland; probably best known from the name of the Canadian province Nova Scotia (Latin for “New Scotland”). It comes from the name that the Romans gave a particular Gaelic tribe who emigrated from Ireland to Scotland, the Scoti. It’s not known what the name means, but “renegade, breakaway, outcast” has been one suggestion. Another is that it comes from the Greek word for “darkness”.

Sappho, pronounced SAFF-oh, is the name of a famous lyric poet from Ancient Greece, born on the island of Lesbos. Most of her poetry has been lost, but it was greatly admired during her own time, and enough survives that her reputation as a brilliant poet continues. She wrote many poems to gods and goddesses for religious purposes, and also wedding poems and love poems which still manage to stun us with their clarity and passion. It’s possible that her name comes from the Greek for “sapphire”.

I find all three names rather beautiful in their different ways, and think this sibset sounds great. Scotia and Sappho both start with the same letter and have a strong OH sound in them, and I think Lily is just one of those names that sounds good with almost any type of sibset.

You can see a video of the family here – just click this link and then press play when the video comes up.