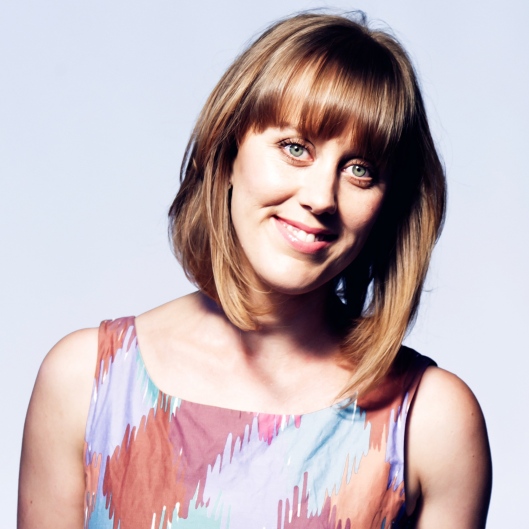 Comedian Claire Hooper, and her husband Wade, welcomed their daughter Penelope in February. Penelope’s original nickname was Fat Tony, presumably after the character from The Simpsons, but this seems to have been a “baby nickname”, rather than what they intended to call her permanently. Elsewhere she is referred to as Penny.

Claire graduated from Curtin University in Perth with a degree in Theatre Studies, and worked in theatre as both an actor and a director, including youth theatre. In 2004 she won the Western Australian finals of Triple J’s Raw Comedy, and in 2005 was selected for the Melbourne International Comedy Festival, and won Best and Fairest at the National Improvisation Championships in Sydney. As well as working in stand up, Claire has often appeared on television, including Stand Up Australia, Rove Live, How the Quest Was Won, The Sideshow, and Good News Week. In 2010 she released her first book, Love Bites: 101 Tips for Dating Guys With Fangs. Recently Claire ran a half-marathon at the Medibank Melbourne Marathon Festival, finishing in two hours and thirty-five minutes.

Does an Australian celebrity choosing the name Penelope give Australian Penelope-lovers the willies? Or have so many celebrities chosen it now that one more doesn’t make any difference?