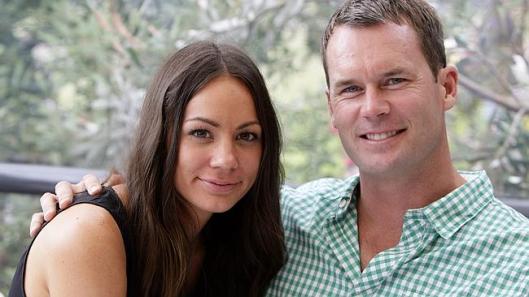 Tom became known in the media in 2000 after he phoned in to the Merrick and Rosso radio show, and impressed enough to be given his own segment. He then appeared regularly on travel show The Great Outdoors, and was a builder on Room for Improvement. After being declared Australia’s Worst Celebrity Driver, he appeared on a lifestyle special of The Weakest Link. He hosted The Mole, then became a sex symbol on Dancing with the Stars, which he won with a shirtless performance. Since then, he has worked on a number of radio and television shows. Currently he is a co-host on Channel Seven’s afternoon entertainment programme, The Daily Show, and is a regular contributor to lifestyle website Live4.

Rachel studied at the Whitehouse School of Design, then worked for Lisa Ho, Chick, and Morrissey before starting her own business in 2007. There are over 100 stockists of her eponymous label worldwide, with more than 20 in the Middle East. Some of her celebrity clients include Heidi Klum, Blake Lively, and Princess Beatrice. Rachel and Tom were married in 2012, and live in Sutherland Shire.

Rachel’s pregnancy was announced in July in a surprising way, when British psychic Sally Morgan predicted on the Daily Edition that Tom and his wife were expecting a baby. Tom tearfully confirmed that she was correct, and that they had been trying for a while. Sally also predicted that the baby would be a girl, and that she would be born on the 9th day of a month.