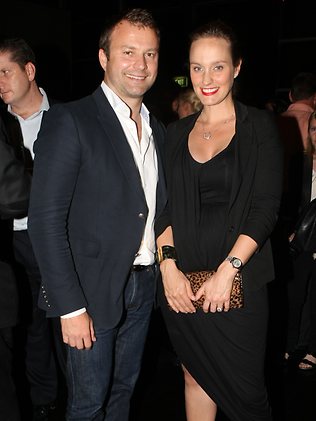 Victoria’s father Les Samba was a high-profile trainer of thoroughbred horses with a lifetime in the racing industry; he had been the strapper for Rain Lover when it won the Melbourne Cup in 1969. Last February, Les was gunned down in Melbourne, and his killer has still not been found. However, during the police investigation, corruption in the racing industry, and links with organised crime were uncovered, which may prove pertinent to the case. Victoria Police have offered a $1 million reward for information which leads to the arrest of the person or people involved.

Victoria and Mitch were married a few weeks ago.