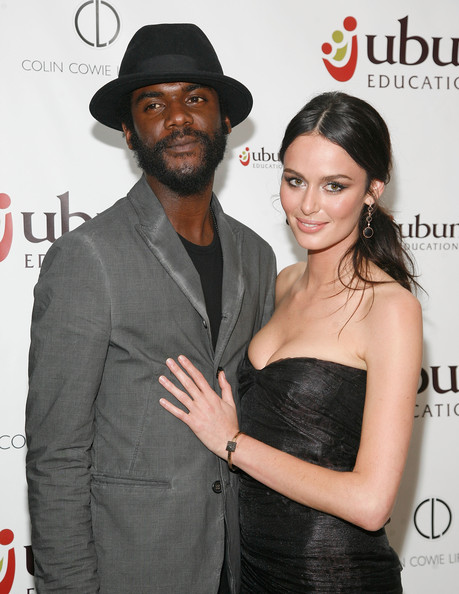 Model Nicole Trunfio, and her fiance Gary Clark Jr, welcomed their first child about four months ago, and have reportedly named their son Zion.

Nicole won the third series of Supermodel of Australia, and came second in the international version, Supermodel of the World. She has modelled for designers such as Chanel, Dolce & Gabbana,Versace, Christian Dior, Gucci, Vivienne Westwood, and Victoria’s Secret, and appeared in Harpers Bazaar, and Italian and British Vogue. Nicole was a mentor in the second series of the US version of Make Me a Supermodel, and in the first season of The Face Australia. She has taken acting classes in Sydney and New York City, and gained a role in the film, Two Fists, One Heart.

Gary is an American guitarist; he has performed with rock legends such as Stevie Ray Vaughn and The Rolling Stones, as well as working with Sheryl Crow, Alicia Keys, and The Foo Fighters. He won the 2014 Grammy Award for Best Traditional R&B Performance for his song Please Come Home, and in the same year was awarded Contemporary Blues Male Artist of the Year at the Blues Music Awards. He has also starred in the independent movie The Honeydrippers. Gary and Nicole became engaged last November.