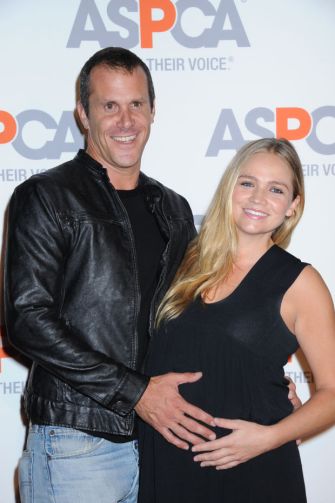 Actress and singer Stephanie McIntosh, and her boyfriend Pete Hieatt, welcomed their first child in December last year and have named their daughter Milla.

Stephanie started her career as a child actor on children’s television, and became a fan favourite playing Sky Mangel on soap opera Neighbours in the early 2000s. Her half-brother Jason Donovan was also a Neighbours star, in the 1980s. Also a singer, her album Tightrope was released in 2006, and made #4 on the ARIA album chart, with its biggest single Mistake getting to #3. Now based in Los Angeles, she has recently had roles in Liars All and Red Herring.

Pete is a landscape gardener from Los Angeles. He and Stephanie have been together since early 2014.