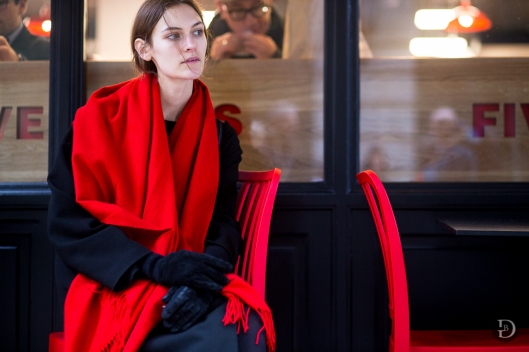 Fia is one of those names whose origin is difficult to ascertain, or which may have multiple origins. This isn’t uncommon with names that are exceptionally short and simple, but it does make it difficult to research, and my findings are going to involve a certain amount of supposition.

The earliest I can find Fia in historical records is around the 18th century, across central and eastern Europe, later moving north to Scandinavia. The most likely explanation is that Fia was used as a short form of a longer name, and, considering names common to all the countries involved, my guess would be that it is short for Sofia (in fact I have seen quite a few Europeans online named Sofia with Fia as their user name).

Fia isn’t often found in the English-speaking world until the late 19th century, and  turns up in the United States amongst immigrants from the aforesaid European countries.

In Australian records, Fia is found very rarely, and associated with both Italian and Samoan immigrants. The Italian is interesting, because the most common explanation of Fia is that it is short for the medieval Italian name Fiammetta, which comes from the Italian word for “fire”. From the records of Italian immigrants to the US, I see Fia used as an abbreviation of Fiorella, meaning “little flower”, although Fia could still be short for Sofia in Italy (it is currently #1 there).

In Samoa, Fia is a common unisex short form of any name beginning or ending with fia. An example is AFL footballer Fia Tootoo, whose entire name is Fiatupu To’oto’o. A Samoan girls name that ends with -fia is Tausa’afia, which means “pleasant, lovable”; Fia can be used as the nickname.

There are two other theories I have read about the origin of Fia that are worth mentioning. One is that it is Scottish Gaelic, and originates from the medieval name Duibhshíth, which has been translated as “black fairy”. The other is that it is short for the medieval Irish name Fiachna, meaning “raven”, or related to fiadh, the Old Irish word for “deer” (originally any game animal).

I don’t find these theories very convincing, mostly because Duibhshíth and Fiachna are male names, and fiadh is also a masculine noun. I wasn’t able to find many women named Fia in Scotland or Ireland in historical records, and the very few I found may have been transcription errors, or abbreviations for longer names, such as Fionnuala. It would be strange for a genuinely Gaelic name to be so absent from Scotland or Ireland.

It would seem that in the English-speaking world, Fia is a modern name, and most likely began as a short form of Sofia. We may have lost touch with its origins due to the vagaries of immigration, and the name’s rarity.

If you are wondering how rare Fia is: there were 28 baby girls named Fia in the United States in 2012, 10 baby girls with the name born in the UK in 2010, and Fia doesn’t show up in Australian data at all. That’s very rare.

Fia is a neat, simple little name which would make a great alternative to popular Sofia and Mia, is a handy nickname for anything from Safiyah to Fiorella to Fiona to Seraphina, and which seems very multicultural. Its dearth of history and namesakes mean that it’s a baggage-free name, with few issues attached, and its rarity ensures that people don’t have a ready image to attach to its bearers.

However, if you are looking for an authentic Gaelic name to honour your Scottish or Irish heritage, I suggest you keep looking. I don’t think this is it.

Thank you to Celia for suggesting the name Fia to be featured on Waltzing More Than Matilda.

POLL RESULT: Fia received an approval rating of 68%. 19% of people thought the name Fia was pretty and unusual, but 15% preferred it as a nickname for a longer name only.