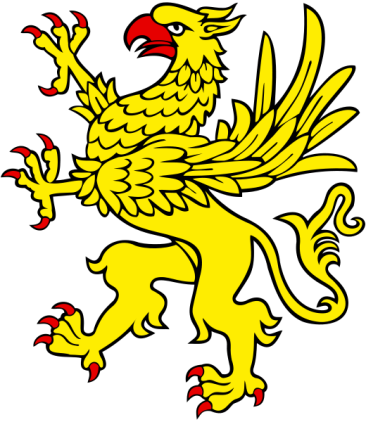 On March 12 the city of Canberra, Australia’s capital, will celebrate one hundred years since its foundation in 1913. Special events are planned for the entire year, with the major festivities taking place on the long weekend preceding the actual date.

A baby called Allegra Bluebelle Sofo born this year was named in honour of Canberra’s centenary – the royal bluebell is the floral emblem of the Australian Capital Territory. Her story was featured in The Canberra Times, and as further inspiration for potential Canberran baby-namers, the paper went on to make more suggestions for names with a Canberra connection, which you can read about on Nancy’s Baby Names blog.

I couldn’t help noticing that all the suggestions were for girls names, which seemed very unfair, given that boys will make up about half of all the babies born in Canberra during 2013, and an obvious suggestion is staring them in the face.

In 1911, King O’Malley held an international competition to find a designer for the layout of the new city, which was won by Chicago architect Walter Burley Griffin. Walter produced the design in colloboration with his wife and business partner, the architect Marion Mahony Griffin. The Griffins moved to Australia to oversee the project, and fell in love with the Australian landscape, becoming enthusiastic bushwalkers with a keen interest in botany and conservation. The building of a city set in bushland seemed perfect for their idealistic vision inspired by the Garden City movement.

Unfortunately, World War I put a dent in everyone’s plans, and Walter Burley Griffin was treated shamefully by bureaucrats, who undermined him to further their own interests, eventually forcing him to resign. Many of his ideas were discarded or altered, but the basic plan of the central city is undeniably that drawn up by Walter Burley Griffin.

It wasn’t until the 1960s that the artificial lake he had envisioned was built in the heart of Canberra (not to his plans, it must be said), and in the first kind gesture Canberra had made toward its designer, Prime Minister Robert Menzies refused to have the lake named after himself, and insisted it be called Lake Burley Griffin. Australians had rather cluelessly misunderstood American naming conventions, and imagined that Burley must be part of Walter’s surname, rather than his middle name, so the lake doesn’t even have his correct name.

It’s never been rightfully re-named Lake Griffin, which would also have honoured co-designer Marion, but it’s the only monument that Walter Burley Griffin has in Australia. One was planned in the 1960s, and an American architect hired, but a change of government left it shelved indefinitely.

With so little appreciation during his lifetime (Walter died in 1937), why not name your son Griffin to honour the man and his wife who helped bring the city of Canberra into being?

The surname Griffin has several sources. It can be a Latinised form of the Welsh name Gruffud, which is also Anglicised as Griffith. There was also an Anglo-Saxon name Griffin, derived from High German grifan, meaning “snatch, grab”, and an allusion to dragons. The Irish surname is taken from the Gaelic name Grioghtha, meaning “griffin”.

This legendary animal (also spelled gryphon or griffon) is a combination of an eagle and a lion, thus blending the king of the beasts with the king of the birds. How this combination was achieved was a matter to be decided by the artist, but by accepted convention the griffin has the body, tail and hindquarters of a lion, with the head, wings and talons of an eagle, and has prominent pointed ears. The word griffin is derived from the Greek for “hook”, possibly denoting the creature’s hooked beak or curved talons.

Griffins were prominent in the art and design of Ancient Greece, where they were seen as powerful protectors against evil. Greek writers described the griffin as native to mountainous areas of Asia, sacred to the sun, and a hoarder of gold. Other ancient legends tell of the griffin’s prodigious strength and intelligence, its hatred of horses, and wars against the Amazons. The griffin seems to be a symbol of good, of light, and of the masculine principle.

You will sometimes see griffins carved into old churches and cathedrals, because during the medieval era, the griffin was considered a symbol of Christ, who, like the griffin, has dominion over both the heavens and the earth. It was also thought that the winged cherubim mentioned in the Bible could have been griffins, as they are described as having the face of a lion and an eagle (although this ignores the fact cherubim also have the face of a man and an ox). It is possible that the legends of cherubim and griffins had the same source – the winged beasts of ancient Middle Eastern art.

Just to confuse things, the griffin was also associated with Satan, probably in the belief that anything so fierce must be up to no good (the hoarding of gold might have looked sinfully avaricious as well). This miserable idea doesn’t seem to have persisted, probably because it doesn’t make sense, since griffins were always noble, majestic, and on the side of good.

Griffins are a popular symbol in heraldry, with the first known person to have a griffin on his coat of arms being Richard de Redvers, the Earl of Exeter, in 1167 (the coat of arms was much older than that). A symbol of strength and vigilance, the griffin is said to be the perfect emblem for a hero in battle. For some reason, male griffins are always shown in heraldry without wings, but adorned with spikes denoting the sun’s rays. They are less common than winged female griffins. Canberra doesn’t have any griffins on its coat of arms, which I think would have been an appropriate choice.

Griffins are often found in fantasy literature, and the first one appears to be Lewis Carroll’s Alice’s Adventures in Wonderland. You may also read stories that involve griffins in the works of Frank Stockton, Diana Wynne Jones, Tamora Pierce, Neil Gaiman, Mercedes Lackey, Patricia A. McKillip and Rick Riordan. Readers of the Harry Potter series will remember that Harry’s house at school was Gryffindor. These fantasy novels had a noble forerunner, because the poet Dante sees Beatrice in a chariot drawn by a griffin in The Divine Comedy.

Griffin is a strong, handsome and very masculine name which can either be taken as Celtic or English. The legendary creature gives it many layers of mystical associations, nearly all of them extremely positive. You could use either Griff or Finn as nicknames.