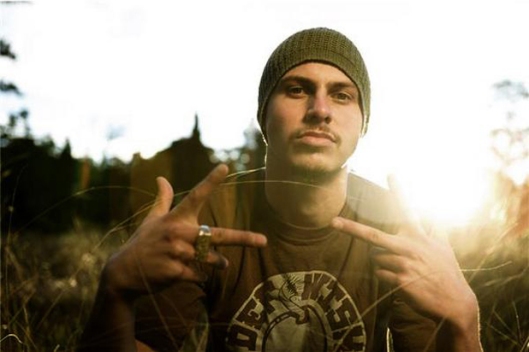 Hip-hop artist Dialectrix, and his partner, known only as Camilla, welcomed a baby boy named Lucius last winter. It was never reported in the press, and I came across the birth notice in a newsletter put out by his record company, Obese Records.

Dialectrix, born Ryan Leaf, is originally from the Blue Mountains region of New South Wales, and was introduced to hip-hop via skate culture. He was part of the first hip-hop crew to win a Triple J Unearthed competition in 2004. Since 2008 he has been a member of Gully Platoon, described as a “hip-hop supergroup”, and has recorded two solo albums. When not emceeing, he works as a tradesman, and keeps his musical alter ego a secret from his workmates.