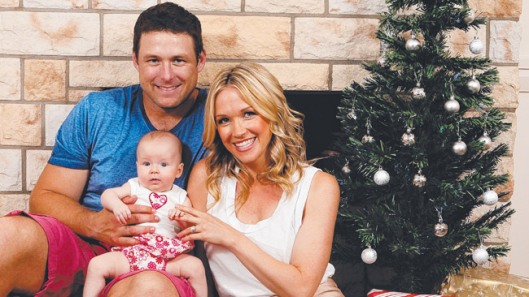 Sarah has worked at Channel 7 for several years, and has been their weather presenter since 2010. She will be on maternity leave until March next year.

Stuart is a former AFL footballer who played for both Port Adelaide and Hawthorn. He retired in 2009 and is currently assistant coach for the Sydney Swans.

Ryan O’Keefe, and his wife Tara, welcomed their second child in May, and have named their daughter Savannah. Savannah O’Keefe joins big brother Levi, nearly three.

Ryan has played for the Sydney Swans his entire career, since 2000. He has also been selected to play for Victoria, and Australia. He won the Jim Stynes Medal in 2006 and the Bob Skilton Medal in 2009.